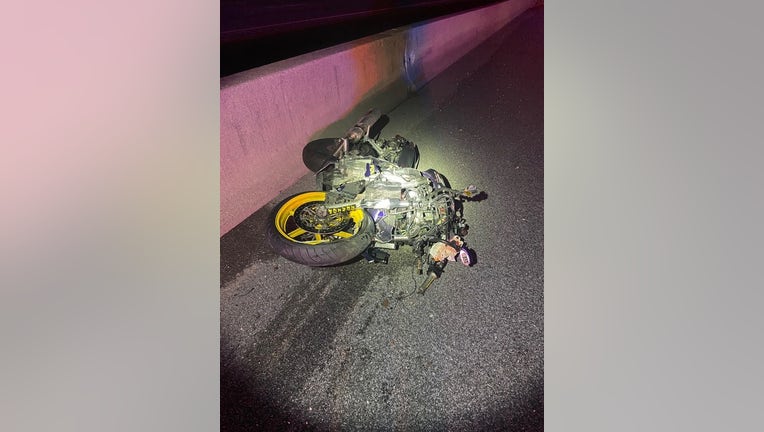 PORTAGE, Ind. - A 21-year-old motorcyclist died early Thursday after crashing into the rear of a semitrailer while fleeing police in northwest Indiana.

Theodore D. Hickman allegedly sped off from a Portage police officer who believed he saw the motorcyclist speeding about 12:40 a.m. near Central Avenue and Willowcreek Road, according to a statement from Portage Police Sgt. Rob Maynard.

Hickman continued and disregarded stop signs and stop lights, Maynard said. The officer turned on his lights and sirens and followed him to westbound I-80/94 near Lake Station, Maynard said.

While on the expressway, Hickman crashed into the rear of a semitrailer that was changing lanes near mile marker 14, Indiana State Police said in a statement.

He was ejected from the motorcycle and later pronounced dead at Northlake Hospital in Gary, state police said.

Hickman, of Portage, had a valid driver’s license and a motorcycle learner’s permit, Maynard said. The motorcycle did not have a license plate and was unregistered.

Indiana State Police are conducting an independent investigation of the crash. Autopsy results are pending.