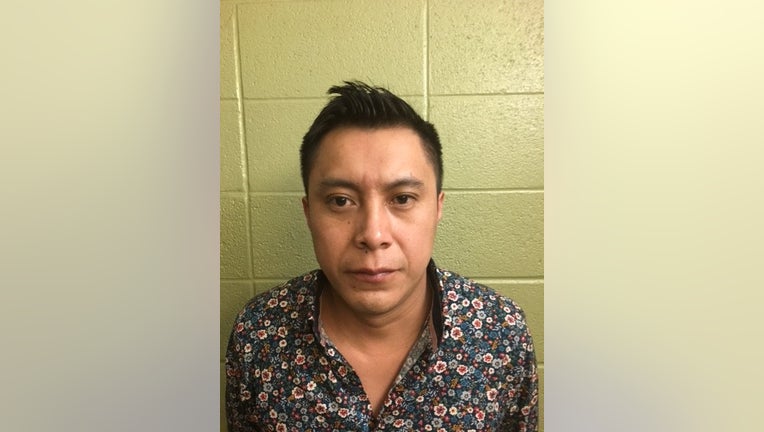 DES PLAINES, Ill. - A man is accused of strangling woman and dumping her body in a parking lot Tuesday in suburban Des Plaines.

Gerard Merced Delgado Calderon, 31, was charged with one count of first-degree murder and one count of concealment of a homicide in the death of Myra Rivera, according to Des Plaines police.

A man was garbage picking about 1:30 p.m. on New Year’s Eve in the 1500 block of Maple Street when he noticed an unresponsive woman in a cardboard box near a dumpster in a parking lot, police said.

The man went home and called 911, police said. Officers responded, and Rivera was pronounced dead at the scene.

An autopsy found Rivera, 24, died of strangulation, the Cook County medical examiner’s office said. Her death was ruled a homicide.

She had been reported missing by Rockford police several days before she was found, police said.

An investigation determined that the box she was found in had been dropped off about 4:45 p.m. on Dec. 28, police said.

Calderon, of Rosemont, had contacted Rivera on an online escort service and met up with her at his apartment that morning, police said. He allegedly strangled her after the pair got into an argument.

Authorities reviewed video and identified a 2004 Acura TL that Calderon allegedly used to drop off her body near the dumpster, police said.

He was taken into custody Thursday along with two other people who were considered persons of interests, police said.

The two others were released after it was determined that they unknowingly participated in the incident by lending Calderon the Acura, or helping him put the box in the car, police said.