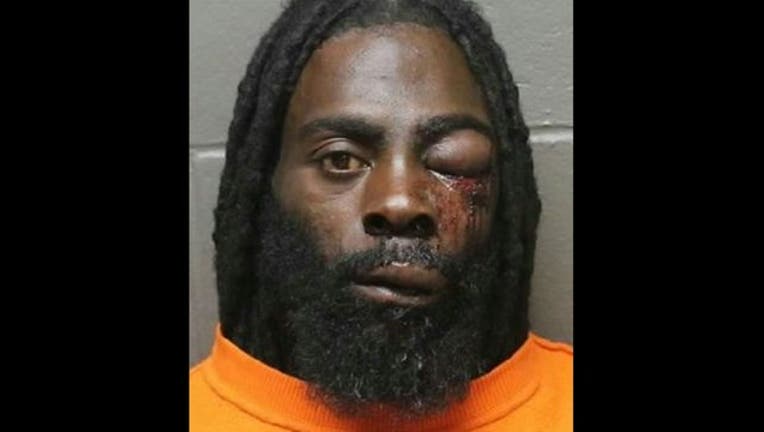 Stephon Whitfield was allegedly under the influence of narcotics. (Atlantic County Justice Facility)

FOX NEWS - A New Jersey man who was naked, bleeding and under the influence of drugs assaulted a 9-month-old baby in a stroller Monday, authorities said.

Stephon Whitfield, 28, approached a woman taking a stroll with her infant around 9 p.m., Atlantic City police said in a statement.

Whitfield had no clothes on when he grabbed the child and slammed him down in the carriage, WCAU-TV reported, citing a criminal complaint. Doctors treated the baby, who lost a tooth in the attack, for non-life threatening injuries, including scratches, bruising and swelling to his mouth and face, the complaint said.