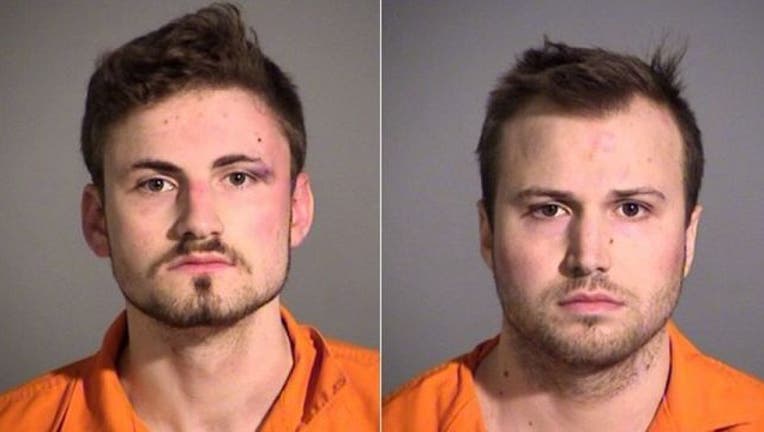 Police say the brothers also punched a woman who lives in the apartment complex after she left her home and saw them outside lying on top of each other naked.

According to court documents, the brothers were also seen “passionately making out with one another.”