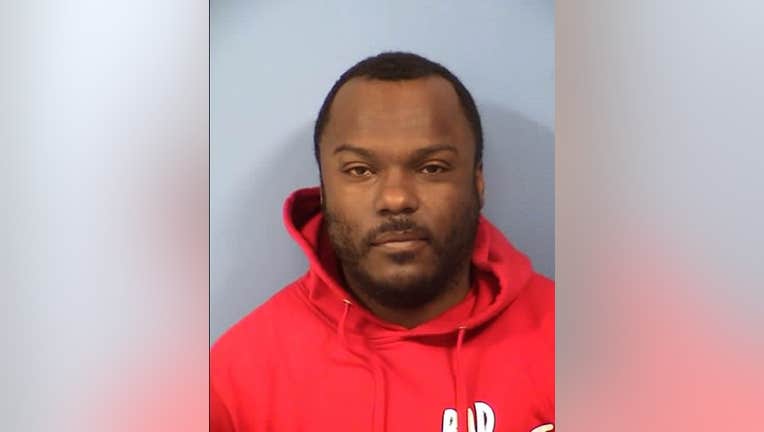 ADDISON, Ill. - Bond has been set for a Naperville man who is accused of supplying a fatal dose of fentanyl and fluorofentanyl mixture to an Addison woman.

Courvorsier Thomas, 38, has been charged with one count of drug induced homicide.

On Nov. 17, 2021, Addison police officers were dispatched to a residence on Blecke Avenue for a report of an unresponsive woman.

When officers arrived, the victim was found unresponsive and baggies containing a white powdery substance were found.

The powder was later identified as a fentanyl/fluorofentanyl mixture, prosecutors said.

The victim was transported to the hospital, where she was pronounced dead.

While investigating, officers identified Thomas as the person suspected of supplying the victim with the mixture.

Thomas allegedly went to the victim's residence and sold the mixture to her on Nov. 17. Prosecutors say that the victim then ingested the mixture, which caused her death.

Thomas was taken into custody on an unrelated arrest warrant on Dec. 3, 2021.

"On November 17th of last year, a young woman died after ingesting a fentanyl/ fluorofentanyl mixture allegedly supplied to her by the defendant in this case, Courvoisier Thomas," said DuPage County State’s Attorney Robert B. Berlin. "This is yet another senseless loss of a promising life snuffed out by illegal narcotics. The charges filed today send the message that anyone who supplies a deadly dose of a narcotic will not be able to simply walk away from the consequences of their actions.

Bond was set at $5 million for Thomas.

His next court appearance is scheduled for April 27.