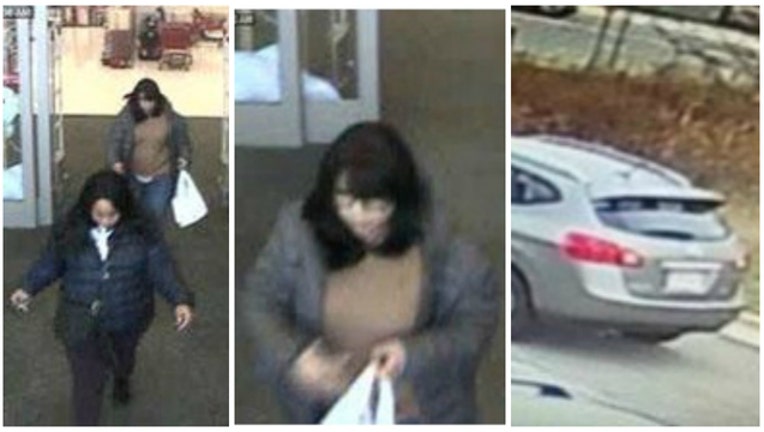 Footage of a suspect in a Dec. 3 strong-arm robbery at a business in west suburban Naperville. | Naperville police

Around 9 a.m., officers responded to a business at 1620 Pebblewood Ln., Naperville police said.

Once officers arrived, they discovered that two people entered the business and stole a woman’s purse, police said. Once the victim realized her purse was being taken, she tried to stop the theft and was battered in the process.

The offenders left with the victim’s purse in a late model, silver Nissan SUV and were last seen at the intersection of Diehl Road and Route 59, police said. The victim was not hurt and did not require medical attention.

The first suspect is described as a 5-foot-6 black woman in her 20s with black hair, police said. She was wearing black-framed glasses, a gray winter coat and jeans.

The second suspect is described as a 5-foot-4 black woman in her 20s with black hair, police said. She was wearing a large blue winter coat and dark colored jeans.

Anyone with information should contact the Naperville Police department Crime Stoppers Tip Line at (630) 420-6006.