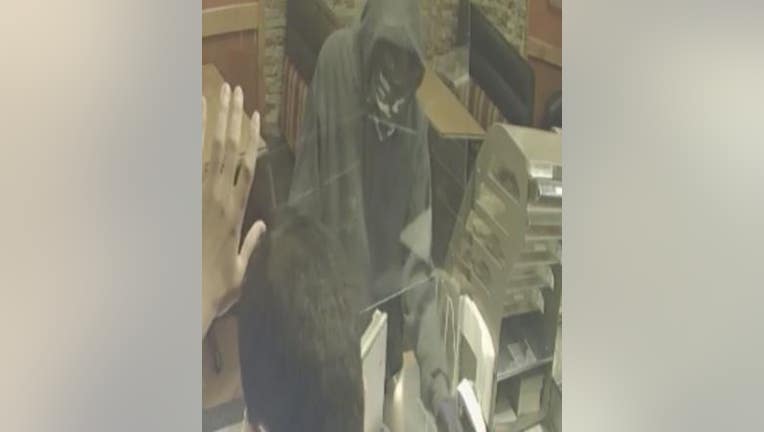 NAPERVILLE, Ill. - The Naperville Police Department is asking for the public's help finding a man who robbed a Subway in the western suburb.

The man displayed a knife and stole money before fleeing on a bicycle, police said.

Workers were forced to the ground during the robbery but no one was injured.