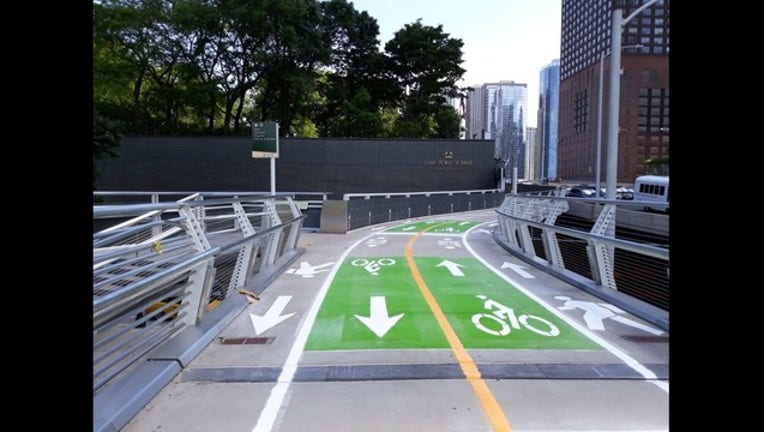 This segment of the flyover was reopened Thursday morning. | Chicago Department of Transportation

A segment of the bridge was closed Monday for pavement striping and to connect the bridge to a section still under construction, according to a statement from the Chicago Department of Transportation.

Installation of steel beams for the project was initially scheduled for earlier in June, but the work was postponed because of mechanical problems.

Construction on the flyover, which will carry pedestrian and bike traffic on the Lakefront Trail over Illinois Street and Grand Avenue, started in 2014 after years of planning. The project has been criticized for taking longer to complete than the Golden Gate Bridge.

The second segment of the flyover is expected to open late this summer, the transportation department said.