A new analysis by the University of Chicago has revealed vast differences in internet connectivity across the city, with some neighborhoods reporting more than one-third of households offline.

CHICAGO - A new analysis by the University of Chicago has revealed vast differences in internet connectivity across the city, with some neighborhoods reporting more than one-third of households offline.

Researchers are now working to collect their own data to determine how the internet performs across neighborhoods, with the hope of influencing how $65 billion in federal funds to expand broadband access is distributed.

Across the city about 80% of households have internet access, but researchers with the university’s Internet Equity Initiative found a nearly 40 percentage-point difference in connectivity levels between certain neighborhoods.

In the most connected area, the Loop, more than 97% of households have internet access. That’s followed by Lake View and the Near North and South sides at 94%. But in Burnside that number is under 58%, and in West Englewood, less than 62%.

Now that researchers have determined access is not uniform across the city, they can dig deeper into discrepancies in speed, performance and infrastructure, said Nick Feamster, faculty director of research at the Data Science Institute and a principal investigator of the Internet Equity Initiative. 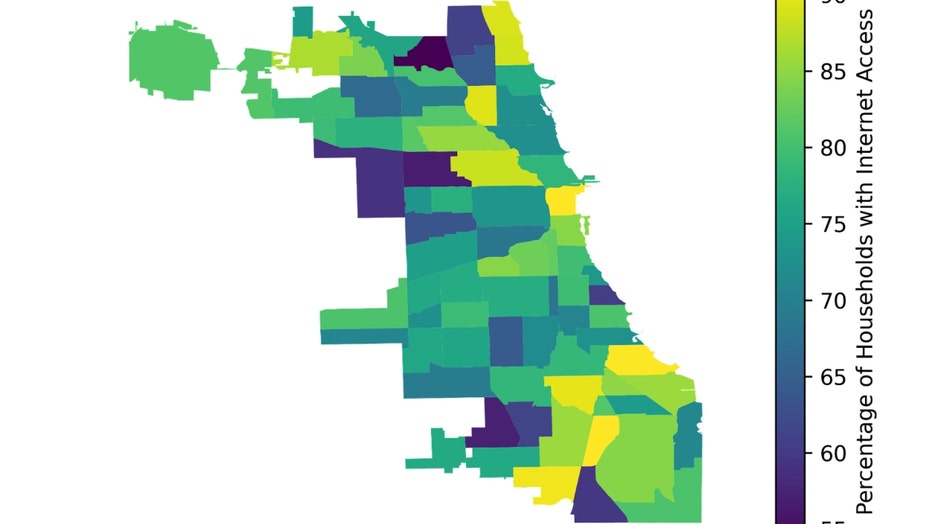 "Given better answers to all of those sub-questions we can then start to think about solutions and investment, … really trying to go hyper-local," Feamster said. "Because the problem, although it’s popular to talk about as a national problem, is really a local problem. It varies so much across the city, and there is no data on that until now."

For the next step of the study, researchers will work with volunteers in 75 households and across 30 community areas, with a particular focus on Logan Square and South Shore.

Volunteers have agreed to install a small device on their routers to measure how quickly data comes in and out of the household.

Internet performance has become critically important in an increasingly virtual world, said Nicole Marwell, associate professor in the Crown Family School of Social Work, Policy and Practice and a principal investigator of the Internet Equity Initiative.

"What does it mean for the lived experience of a person if their internet is good or if their internet is performing poorly?" Marwell asked. "For a kid who is trying to do remote school, it might mean that the teacher keeps buffering and they get disengaged from the lesson and they decide to just pack it in and then that’s it for school for that day." 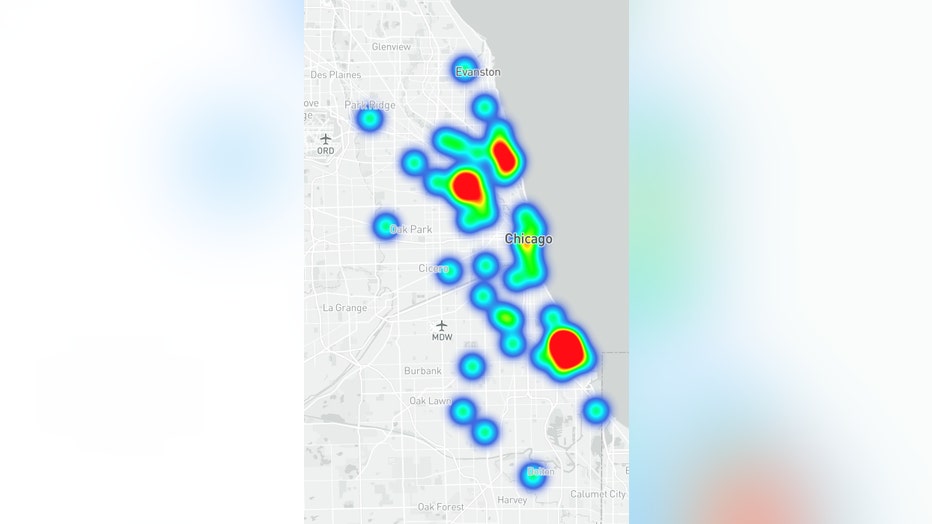 A heat map of where the Internet Equity Initiative study is currently collecting household-level data on Internet performance. (University of Chicago)

Chicago Public Schools faced a huge hurdle pivoting to online learning at the start of the pandemic when nearly 100,000 families lacked internet access. Mayor Lightfoot turned to hedge fund billionaire Ken Griffin and some of Chicago’s biggest foundations to secure funding to help get students online.

States have been working to determine how that funding will be split up, and Feamster and Marwell are hopeful their new data will help guide that decision-making process.

"A lot of the way this federal money has been structured is that it is supposed to only be spent on places that are ‘unserved,’ which according to the existing data basically includes nowhere in the city of Chicago," Marwell said. "And yet we know that there is a lot of variation in how well people’s internet works."

The households involved in the pilot must participate for at least a month, but many have already agreed to continue data collection for six months.

Still, researchers are looking for more households to join the study, in hopes of reaching residents in all 77 neighborhoods.

"This is an area where we have the potential to see some really meaningful social change," Feamster said. "Sixty-five billion dollars is about to rain down from the federal government. It’s not predetermined how that’s going to be spent. Our city officials, our state officials are working to make sure that we see that money, and that it gets invested wisely … but if you’re not in the data, than it’s going to be really hard for your community to see that investment."

Those interested in participating in the study can fill out a form on the Data Science Institutes’ website.