CHICAGO - A Kelvyn Park man told police he murdered his grandmother because he "needed to take out a lot of anger," Cook County prosecutors said Wednesday.

Both Peralta and the senior citizen were covered in blood and Espinoza Cardoza had a kitchen knife lodged in her ear, prosecutors said.

Peralta, 20, is bipolar and has been hospitalized for schizophrenia in the past, his attorney told Judge Susana Ortiz.

Before she was killed, Espinoza Cardoza had been babysitting her 2-year-old granddaughter at home where Peralta also lived with his family in the 4600 block of West Schubert Avenue, prosecutors said.

Espinoza Cardoza’s daughter was also at the home Monday but she left to pick her son up from school. When she returned, she came upon the grisly scene and screamed for her son to back away, prosecutors said.

The 2-year-old was unharmed.

After his arrest, Peralta allegedly admitted he killed his grandmother and told police he had called his therapist and told the therapist that he was going to murder her.

He told officers "he felt like he needed to take out a lot of anger and took it out on his grandma," prosecutors said. 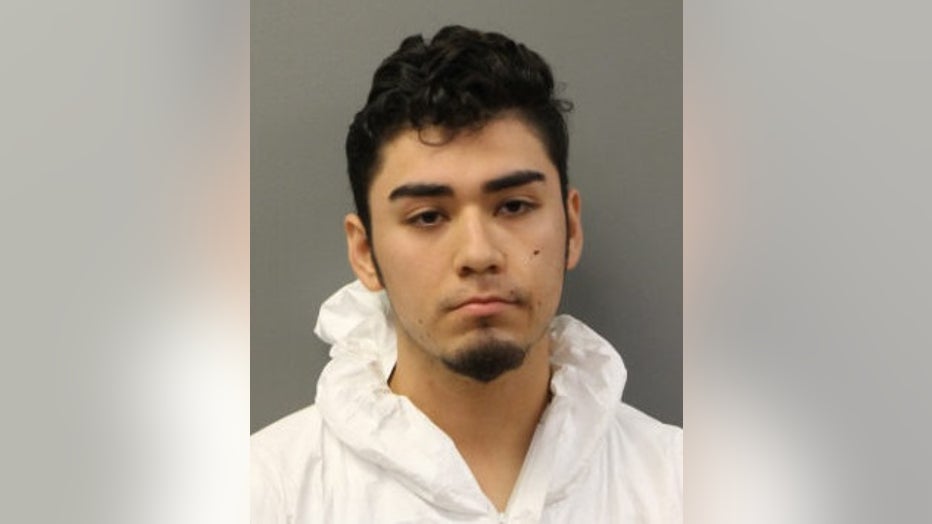 After the murder, Peralta told a neighbor that, "no one listens to him," prosecutors said.

Nearby surveillance video captured Peralta walking to the home before the murder, prosecutors said.

Police found several household items that were used in the deadly attack, including a broken frying pan and a bloody meat tenderizer near the sink, prosecutors said.