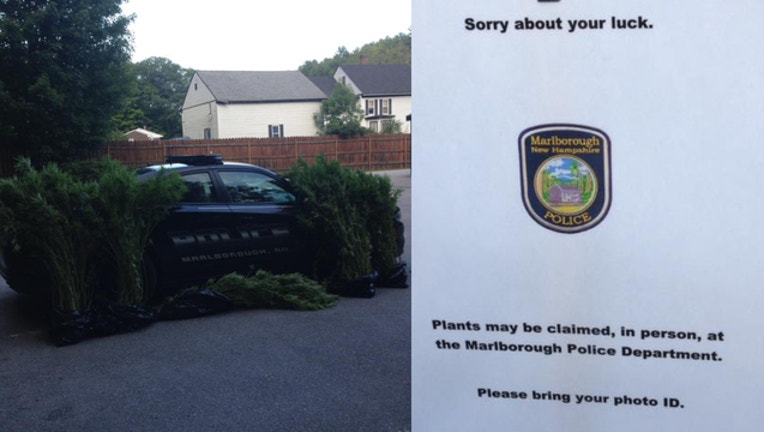 “FACT: Possessing small amounts of marijuana has been decriminalized in NH,” authorities wrote in part. “FACT: This doesn’t mean you can grow 25 marijuana plants on someone else’s property.”

Police listed another tidbit for readers.

“FACT: Using your fine-tuned horticultural skills to grow delicious organic tomatoes is much more rewarding and much more legal,” the post said.

Included in the post were two photos of marijuana plants around a cruiser. A third showed a humorous sign, which police put on a stake and placed at the scene of the seizure, the Boston Globe reports.

“Sorry about your luck,” it said, adding that the plants could be claimed at the police department.

Authorities chose not to do a deep investigation to determine ownership, citing time and cost involved versus a possible result, Sgt. Zachary Byam told the newspaper.

“The best solution was to remove the plants and spread the word,” Byam said. “It was one of those things where we had to draw the line somewhere, and I think that this was the best decision to be made.”