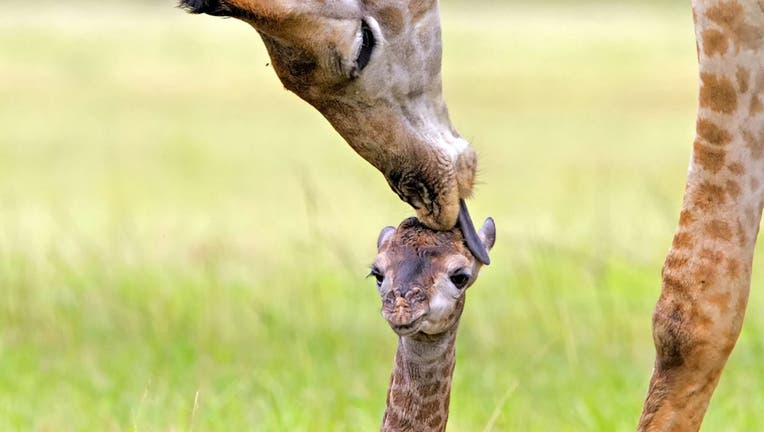 A photographer has managed to capture remarkable images of a newborn giraffe appearing to get a kiss on its head from its doting parents, British news agency SWNS reports.

Project manager Victor Soares snapped the photos while at a private wildlife estate in Mpumalanga, South Africa. Soares was not able to see the mammal's birth, but said the images were exciting nonetheless.

“It was a normal boring old day at work when one of my customers walked up to my desk and said to me … 'Have you ever seen a giraffe give birth?'" Soares said. “I couldn’t believe what he was saying, but I knew that he was a keen follower of my photography and I also knew that he lived on a private wildlife estate in Mpumalanga – I had been there before." 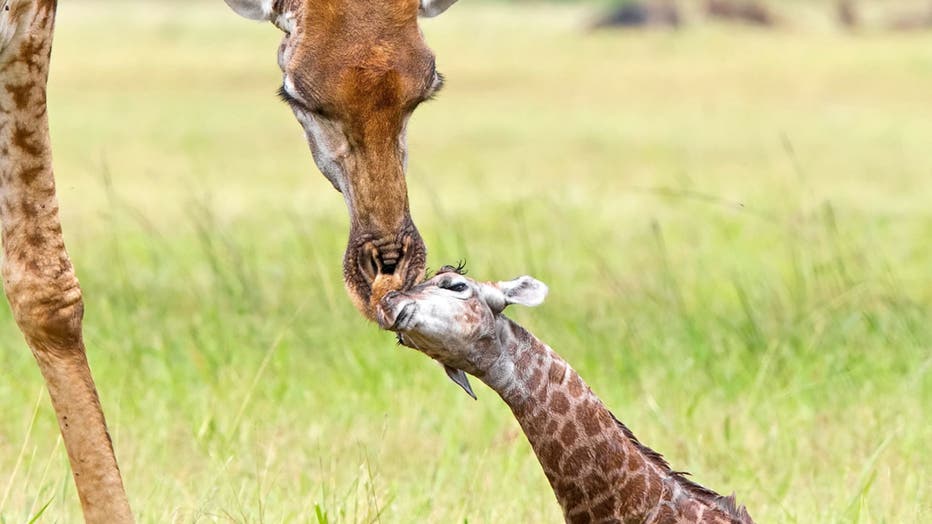 Soares added that he left his work, called his wife and met up with the customer, who told him that he had just missed the birth by about 15 minutes. However, Soares was still able to see the newborn's mother cleaning it up.

''This lasted about five minutes and I managed to fire away and get some good shots," Soares explained. "The mother then moved away as some other giraffe walked in and inspected the newborn and seemed to put the stamp of approval and acceptance with a range of kisses and nudges, which I again managed to capture."

The 46-year-old Soares said that he spent approximately one hour witnessing the event. “An incredible experience,'' he noted.

According to the Giraffe Conservation Foundation, the wild giraffe population in Africa is estimated at 110,000. Giraffes are on the IUCN's Red List of Threatened Species and were considered "vulnerable" as of 2016, the last date assessed.