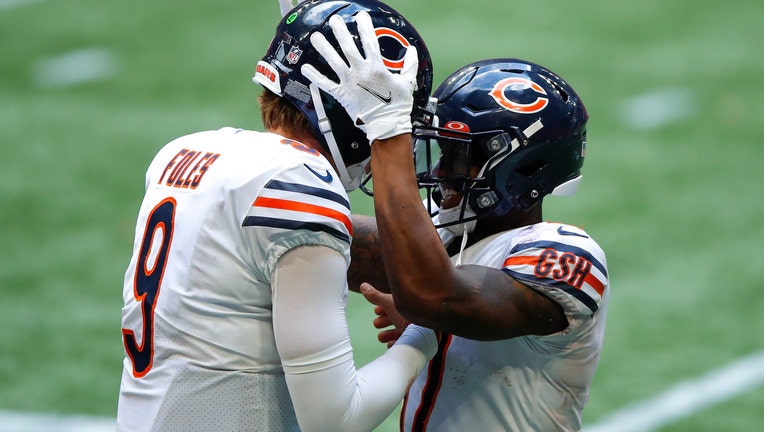 Anthony Miller #17 celebrates his touchdown with Nick Foles #9 of the Chicago Bears in the fourth quarter of an NFL game against the Atlanta Falcons at Mercedes-Benz Stadium on September 27, 2020 in Atlanta, Georgia. (Photo by Todd Kirkland/Getty Ima

ATLANTA - Chicago's Nick Foles threw three touchdown passes in the fourth quarter to hand the Atlanta Falcons another humiliating defeat, rallying the Bears from a 16-point deficit for a 30-26 victory.

The Bears improved to 3-0 for the first time since 2013. They became the second straight team to overcome a double-digit deficit in the fourth to beat the winless Falcons.

This one could spell the end for sixth-year coach Dan Quinn, who desperately needed a good start after two straight losing seasons.

Foles had two TD passes overturned by replays and still managed to pull out the win.