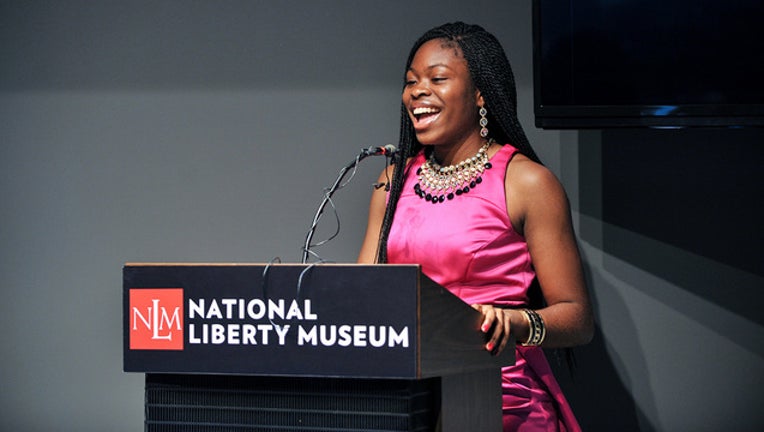 (National Liberty Museum's national, which was made possible by a grant from the John Templeton Foundation and in-kind support from Paramount Pictures. Photography by Shira Yudkoff.)

DENVILLE, N.J. (AP) - A New Jersey high school senior has her pick of any Ivy League school, plus Stanford University.

Ifeoma White-Thorpe, 17, says she was accepted into all eight Ivy League colleges and universities, in addition to Stanford.

White-Thorpe heads the student government and takes Advanced Placement courses at Morris Hills High School. She says she wants to study biology and go into global health policy but hasn't decided which school to attend.

She says the decision could come down to which school offers the most financial aid.

Her parents, Andre and Patricia White-Thorpe, say the decision is up to her.