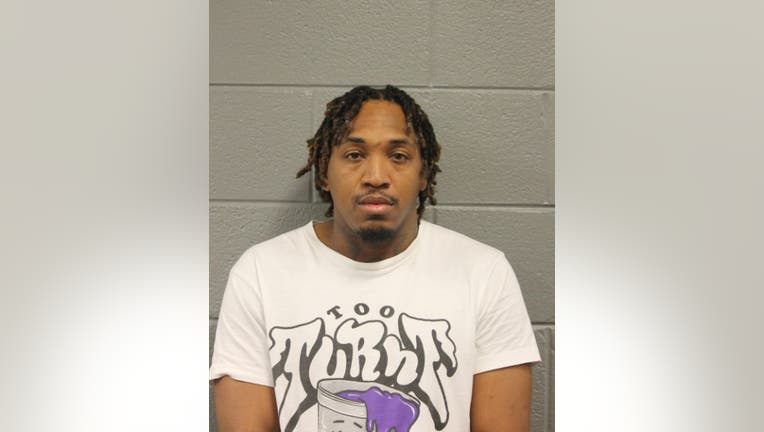 CHICAGO - The alleged getaway driver in a shooting that killed a 7-year-old girl on the West Side on Fourth of July has been ordered held without bail.

Reginald Lamar Merrill, 33, is charged with first-degree murder and aggravated battery in the death of Natalia Wallace, according to Cook County prosecutors.

Merrill was allegedly captured on video driving a white car that dropped off three gunman about 7 p.m. in the 100 block of North Latrobe Avenue, according to prosecutors.

The gunmen, who remain at large, fired more than 20 rounds in the direction of the people holding the party, fatally striking Natalia in her forehead, prosecutors said. She had been playing outside with other children.

Detectives identified the vehicle through video and tracked it through the district, Chicago police said at a Monday news conference. Officers arrested Merrill hours later in the 1000 block of North Pine Avenue.

Police arrest suspect in 7-year-old’s death, call for others to turn themselves in

Prosecutors said the shooting was retaliation for an earlier homicide.

Merrill’s private attorney argued that the evidence against him was circumstantial, and the allegation that he was a driver doesn’t implicate him in the murder.

Judge Mary C. Marubio disagreed. She said Merrill’s allegedly decision to drive the gunmen to the party, stop the car and then drive them away was at least circumstantial evidence that he participated and aided in the murder.

Marubio ordered him held without bail.