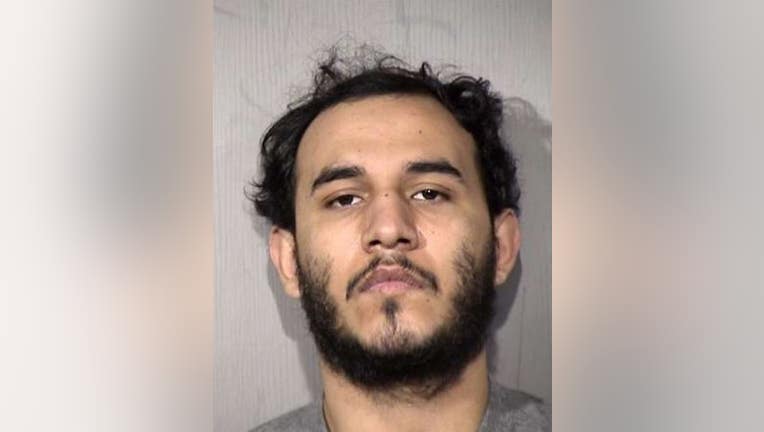 ELMHURST, Ill. - A 22-year-old Elmhurst man charged with attempted first-degree murder for allegedly firing an assault rifle at a man walking a dog in the western suburb was ordered to be held without bail.

The shooting happened about 8:50 p.m. May 14 at Van Buren Street and Linden Avenue near Butterfield Park, according to Elmhurst police.

Alec Gonzales allegedly fired an AR-15 eight times and struck the man’s side and grazed his scalp, the DuPage County state’s attorney’s office said. After the shooting, Gonzales fled to Mesa, Arizona and was arrested June 25, the day a Lake County judge issued a $5 million arrest warrant.

He was returned to DuPage County July 10, prosecutors said. Gonzales appeared before Judge David Schwartz and was denied bail.

“This morning Mr. Gonzales found himself back in DuPage County charged with the Attempt Murder of an innocent man who was out enjoying a walk with his dog,” DuPage County State’s Attorney Robert Berlin said. “Violent, seemingly random crimes, such as alleged in this case, threaten the safety and security of the entire community which can last for years if left unsolved.”