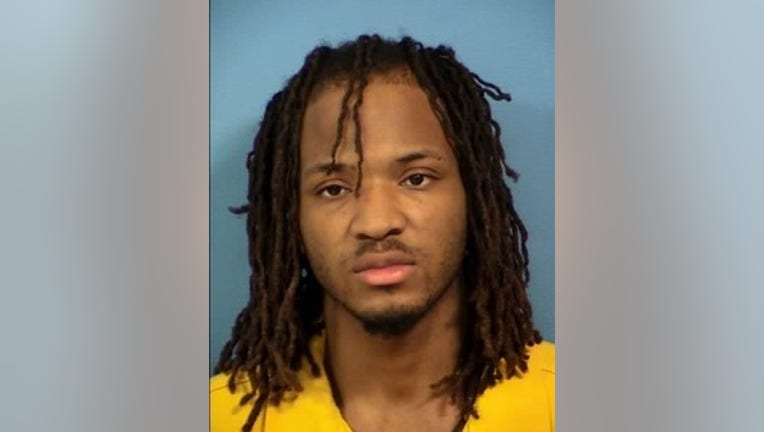 Devonte Johnson, 20, is facing two felony counts of armed robbery with a firearm, according to the DuPage County state’s attorney’s office.

About 1:30 p.m. Jan. 4, Johnson and another suspect walked into a Domino’s Pizza, 5531 Belmont Road, in an unincorporated area near Downers Grove, prosecutors said. Johnson allegedly pulled out a handgun and told the cashier to open a register.

Johnson allegedly took money from the register and then ordered the cashier to open a safe, prosecutors said. After taking money from inside, Johnson and the other suspect drove off in a Mercedes-Benz that was reported stolen from Bolingbrook.

During their investigation, authorities determined that the pair had committed a similar robbery at a Dunkin’, 4300 Lincoln Avenue, in Lisle about 12 minutes before the Domino’s robbery, prosecutors said.

“To put it bluntly, Mr. Johnson decided to commit these crimes in the wrong county,” DuPage County Sheriff James Mendrick said. “We take this type of crime very seriously in DuPage County. Now justice will be served at a level commensurate to his crimes.”

Johnson’s next court date was set for Jan. 29, prosecutors said.