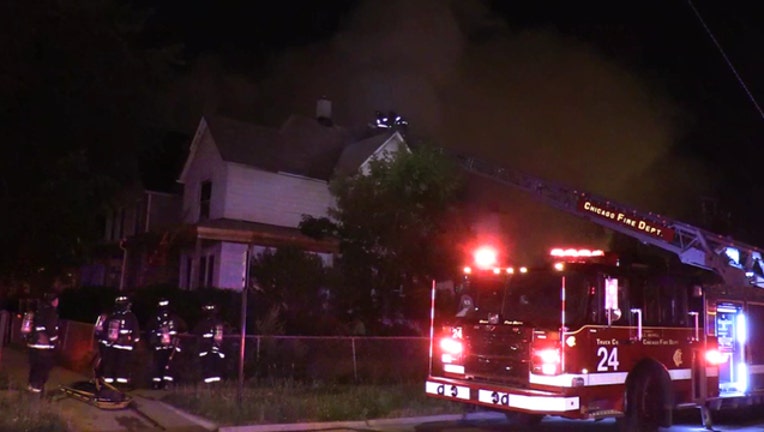 Firefighters battle a blaze in a two-story home early Monday in the 10900 block of South Wabash. | Network Video Productions

CHICAGO (SUN TIMES MEDIA WIRE) - No one was injured when a fire broke out in a Roseland neighborhood home early Monday on the Far South Side.

Firefighters responded to the blaze shortly after 3 a.m. at the two-story building in the 10900 block of South Wabash, according to Fire Media Affairs.

No one was injured in the blaze, which was struck out by 4:22 a.m., fire officials said.