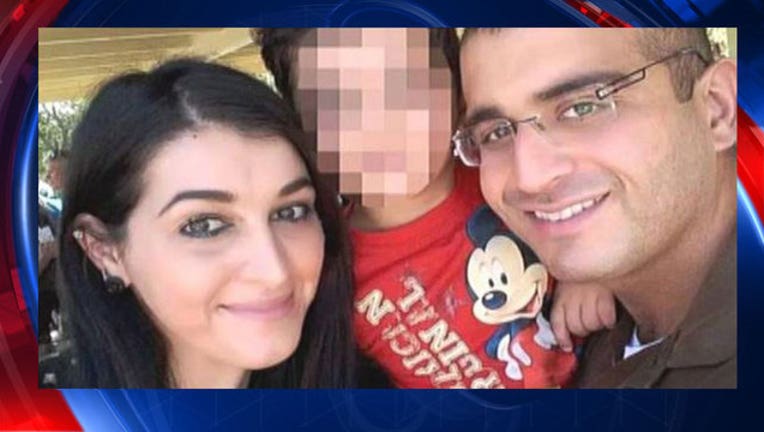 Salman's husband, Omar Mateen, pledged allegiance to the Islamic State during the attack at the Pulse nightclub on June 12, 2015. The attack at the nightclub, which is on the edge of downtown Orlando, is now considered the deadliest mass shooting in recent U.S. history. The shooting left 49 people dead and dozens more wounded.

Salman, 30, agreed to be moved to Florida in a court filing submitted Tuesday to U.S. Magistrate Donna Ryu of Oakland.

On Thursday, Ryu signed an order committing Salman to the jurisdiction of the U.S. District Court for the Middle District of Florida in Orlando and directing the U.S. Marshals Service to transport her there.

Salman's lawyer, Charles Swift of the Texas-based Constitutional Law Center for Muslims in America, said today it will be up to the Marshals Service to decide when she will be transferred.

"I expect it to be fairly soon," said Swift. He said he could not comment further on the case.

Salman moved to Northern California to be with family after last June's massacre at the nightclub, and she had her first court appearance in California even though charges were filed in Orlando.

At the last of several Oakland hearings, U.S. Magistrate Judge Donna Ryu said it was "debatable" whether the government has enough evidence to convict Salman and ordered her released from jail until trial. But a A federal judge in Orlando revoked bond so she was returned to jail.

Salman has pleaded not guilty to charges of aiding and abetting, and obstruction of justice.

Prosecutors have said Salman accompanied her husband when he cased locations for potential terrorist attacks, knew ahead of time that he was planning the attack and misled FBI agents about what she knew about her husband's plans.