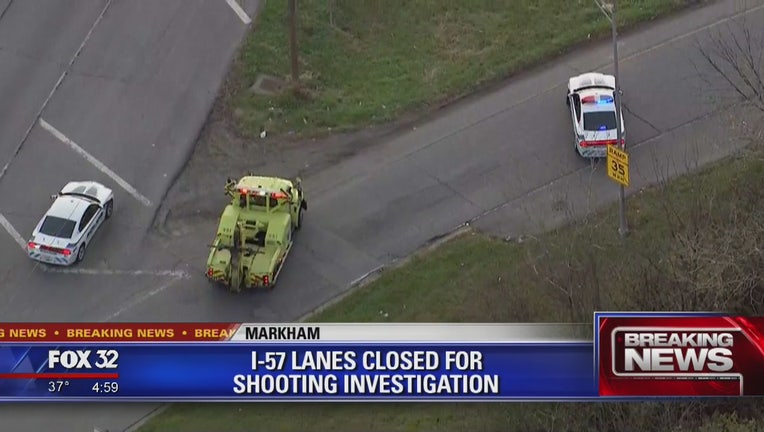 MARKHAM - Inbound lanes of Interstate 57 were closed Tuesday during rush hour as police investigated a shooting near south suburban Markham.

A 28-year-old man was shot about 1:30 p.m. while driving on I-57 at 147th Street, Illinois State Police said. He was the only person in the vehicle, and he was hospitalized with a gunshot wound. He is expected to recover.