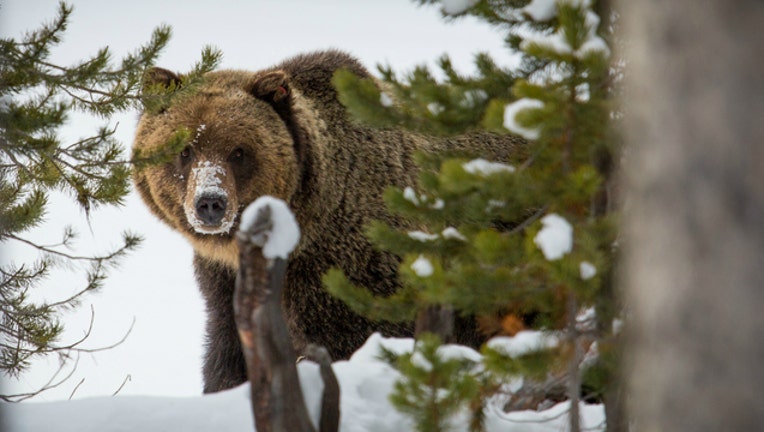 BILLINGS, Mont. (AP) -- The National Rifle Association and a sport hunting group want to ensure their members can hunt grizzly bears in the three-state region around Yellowstone National Park after the animals lost U.S. protections.

Idaho, Montana and Wyoming are considering limited trophy hunts for grizzlies outside the park in future years after the U.S. Fish and Wildlife Service revoked the species' threatened status in July.

Conservation groups have sued to restore protections, and now the NRA and Safari Club International have asked U.S. District Judge Dana Christensen to let them intervene in the case.

Several of the groups' members said in affidavits submitted by their attorneys that hunting would help the region's economy, allow states to better manage the animals and improve public safety.

"Having the ability to hunt grizzlies would be great for business. I would also personally hunt a grizzly if given an opportunity to do so," said Edwin Johnson, a 70-year-old hunting outfitter who lives in Gardiner, Montana. "They need to be hunted so that they fear the scent of humans, rather than following it as they do now."

An estimated 700 bears live in and around Yellowstone National Park. Attacks on humans have increased since the animals rebounded from widespread extermination in the last century.

At least six lawsuits to restore protections for grizzlies are pending in Montana and Illinois, although most are expected to be consolidated into a single case in coming months.

An attorney for environmentalists in one of the Montana cases said no decision has been made on whether to fight the attempt by the NRA and Safari Club to intervene.

"We are committed to doing everything we can to stop trophy hunting of grizzly bears leaving Yellowstone National Park," said Matthew Bishop with the Western Environmental Law Center, who is representing WildEarth Guardians.