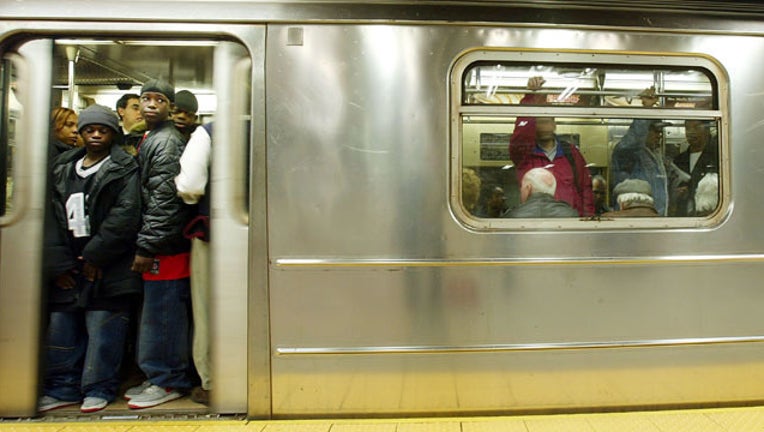 NEW YORK (AP) - When it comes to the New York City subways, there's no such thing as ladies and gentlemen.

Conductors on subway trains have been told to stop addressing passengers as "ladies and gentlemen" when making announcements about delays, detours or other things, and instead use the gender-neutral terms "passengers," ''riders," and "everyone."

The new train announcement scripts are part of an effort by the Metropolitan Transportation Authority to improve communication with passengers frustrated with having to deal with a system troubled with delays, mechanical failures and even derailments. Conductors have also been instructed to give subway riders more information about delays, departing from a longtime practice of making sparse announcements that sometimes obscure the real reason a train isn't moving.

A lack of straightforward info, officials say, can leave passengers wondering if they should ride it out, transfer trains or get out and hail a cab.

"I have been in situations where they said it'll be moving shortly or momentarily," subway passenger Judith Mosh said as she waited for a train in a Manhattan station. "Sometimes momentarily means two minutes, sometimes it means 20 minutes."

Knowing if a delay was likely to last could help riders make alternative plans, she said.

The new scripts were detailed in a bulletin sent out to all train service personnel earlier this month and are the first substantial change to the "blue book," which governs how to communicate with riders, in almost 30 years, said Jon Weinstein, MTA spokesman.

The first part covered the greetings used for passengers, replacing "ladies and gentlemen" with the other neutral phrases, which follows a similar step taken by the London Underground over the summer.

Inclusiveness was a factor in the change, as was a desire to try out some other greetings, Weinstein said. The usage will still be heard in recorded announcements until they are all phased out, he said.

In a segment on delays, the bulletin tells conductors to give "as much information as is appropriate and in very plain language," which includes giving reasons for the delay and estimates for how long it will last, if the conductor knows.

"It all goes to this fundamental need to make sure we're getting people the information they need," Weinstein said. "What it ultimately should come down to is a clearer, crisper, more informative way of speaking to our customers."

The conductors can also play tour guide, and can now give announcements about certain places like the Bronx Zoo, the Brooklyn Museum and the Apollo Theater when trains stop at stations near those locations.

"We have noticed that when our conductors give our customers a little information about the various sites of interest across the city, it makes their commute brighter," the bulletin said.

Some conductors in a pilot program will also get smartphones enabling them to get information they can transmit to riders as needed, Weinstein said. The MTA also plans to hold training sessions for conductors on how to make announcements easier to understand by speaking clearly and slowly.

"I think it's all about making the experience more of a human one," Rebecca Bailin, campaign manager at Riders Alliance, a grassroots transportation advocacy group. "Sometimes you feel like a cog and nobody cares. I think perhaps with more information, more human information, this will help riders navigate the system better."

Rider Pat Goring appreciated the efforts toward clearer communication, but was still desperate to see the system's performance improved.

"It does count," the Brooklyn resident said, "but just fix the trains."

The communication changes are part of a broader plan the MTA leadership announced in August, which would involve spending $836 million effort to fix problems in an aging system that operates 8,000 trains daily over more than 650 miles of track and has an average weekday ridership of 5.7 million.