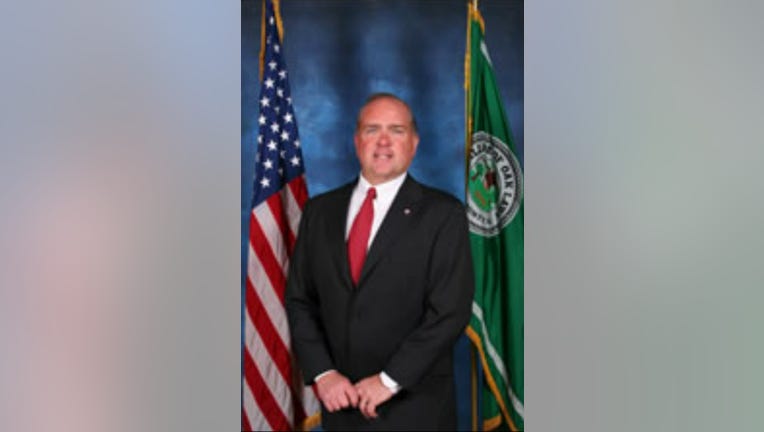 OAK LAWN, Ill. - Charges are pending against the village manager of Oak Lawn after he allegedly left the scene of a hit-and-run crash Thursday night in southwest suburban Chicago Ridge.

The pedestrian, a 48-year-old man from Worth, was taken to Christ Medical Center in Oak Lawn in critical condition, police said.

Chicago Ridge Police Chief Robert Pyznarski said charges were pending against 70-year-old Deetjen, who was arrested later that night at an Oak Lawn home, where authorities found the city vehicle that three witnesses saw leave the scene of the crash.

Chicago Ridge police said Deetjen’s city vehicle was towed from the home as part of the investigation.

Oak Lawn police released a statement early Friday acknowledging that Deetjen had been driving a municipal vehicle involved in the crash, and that Oak Lawn police are cooperating in the investigation.

Deetjen, who has served as Oak Lawn village manager since 2007, submitted to a breathalyzer test that turned out negative, Pyznarski said. Results of a urine test were pending.

“We don’t suspect drugs or anything,” Pyznarski said.

Deetjen told investigators that he left the crash without knowing he struck anyone, Pyznarski said.

“The pedestrian wore dark clothing. [Deetjen] said it was raining out and he was distracted by something,” he said. “He said he never suspected he struck anything … although he did have damage to his front right of his vehicle.”

The Cook County state’s attorney’s office is expected to meet Friday with three witnesses of the crash, Pyznarski said. He says charges might be filed Friday afternoon.

In 2016, Oak Lawn settled a discrimination lawsuit against Deetjen that claimed he terminated a city employee in retaliation after that employee reported remarks made by Deetjen that he deemed racist, according to the Daily Southtown.

Deetjen previously served as city manager of Deerfield Beach, Florida from 1994 to 2006, according to his LinkedIn page.