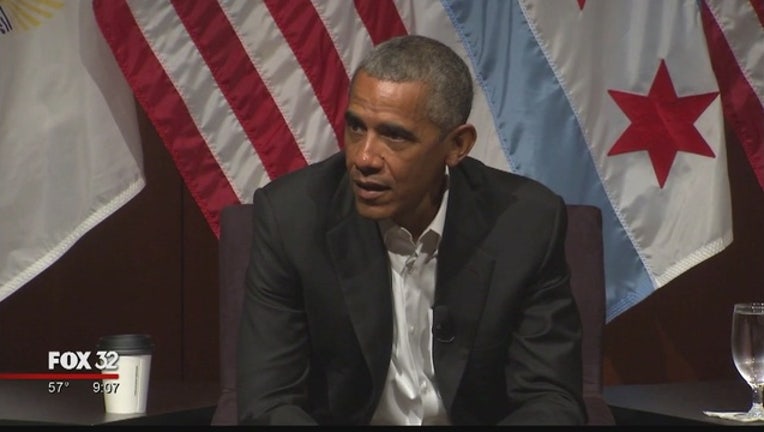 SAO PAULO (AP) - Former U.S. President Barack Obama says that diplomacy, rather than military might, is the best way to deal with the "real threat" presented by North Korea.

Obama spoke on Thursday during a Global Citizen Forum event in Sao Paulo, Brazil, attended by some 600 businesspeople.

It was a private event and the press was not granted access. But Brazil's Globo TV network aired parts of his speech.

The former president said tolerance, diversity, pluralism and the rule of law must be fostered so that humankind can progress.

He also said caution must be used with the internet because it can spread knowledge, but also hatred.