Obamas arrive in Chicago ahead of presidential center groundbreaking ceremony

Former President Barack Obama and former First Lady Michelle Obama are gearing up for the official groundbreaking on the Obama Presidential Center.

CHICAGO - Former President Barack Obama and former First Lady Michelle Obama are gearing up for the official groundbreaking on the Obama Presidential Center.

They will join Illinois Gov. JB Pritzker and Chicago Mayor Lori Lightfoot for the ceremony on Tuesday, although construction began in August.

Prior to the event, the Obama's are participating in a couple events on Monday.

The two took part in a discussion Monday afternoon with the 12 emerging leaders who make up the Obama Foundation's 2021-2022 University of Chicago Obama Foundation Scholars. 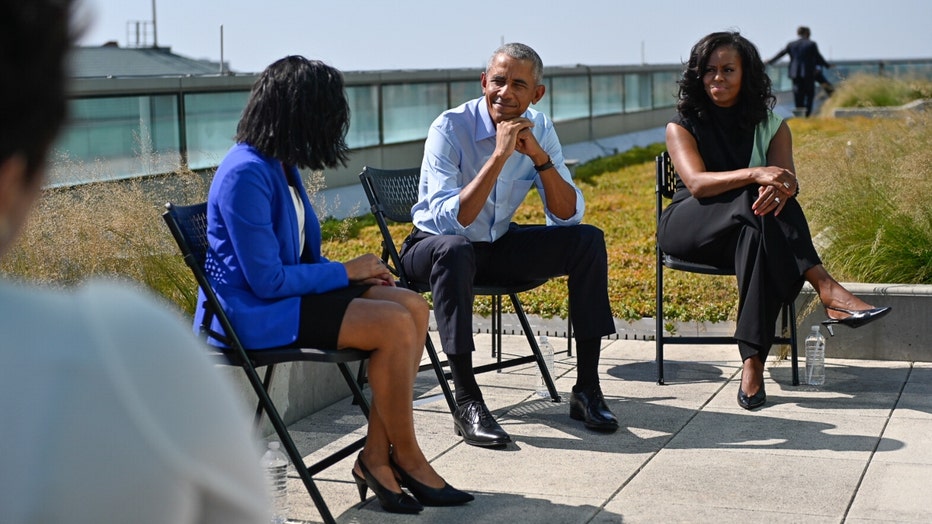 "The Obamas and the Scholars discussed a variety of topics that impact this generation of emerging leaders, including techniques to stay motivated while fighting for sustainable change, methods to garner trust during times of high tension, and important lessons to pass along to the next generation of young people and leaders," according to a statement from the Obama Foundation.

Monday evening, Obama will host a virtual fireside chat via Zoom for alumni from the Obama presidential campaigns and administration.

The Obama's hope the center will be a catalyst for economic opportunity and a platform for young people to drive change.

Tuesday's groundbreaking ceremony will be livestreamed at Obama.org.