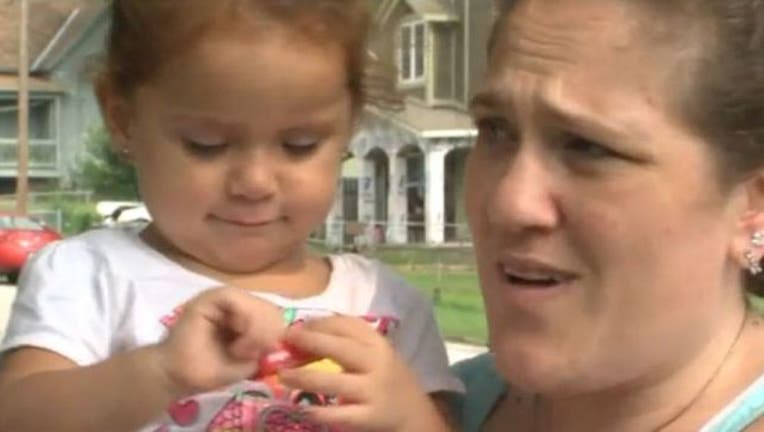 A Kansas cop paid the tab instead of arresting Sarah Robinson for shoplifting. (Fox4KC)

A widowed, homeless mother of six who tried shoplifting $300 in diapers, shoes and baby wipes avoided jail after the Kansas police officer sent to arrest her instead paid for the items, Fox4KC reported.

“What she did was wrong and against the law, but her heart was in the right place with wanting to help to take care of her children,” Roeland Park Police Officer Mark Engravalle said.

Three of her children were barefoot with dirty feet when Sarah Robinson tried to shoplift shoes and other necessities from Walmart on July 6.

“It’s humiliating that I could be at a point where I would do something like that,” Robinson said.