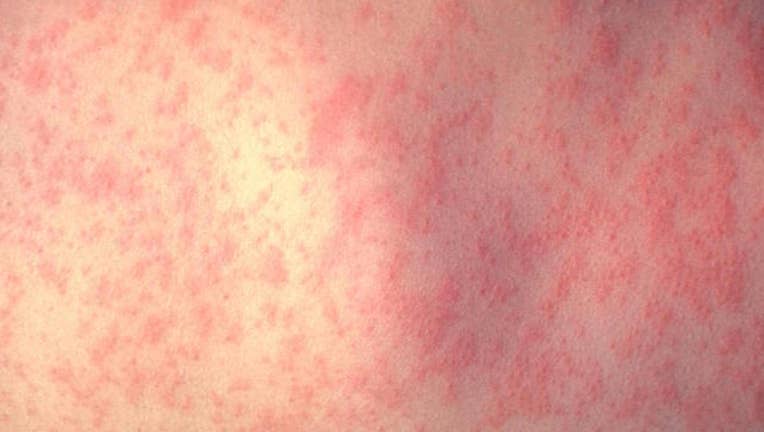 CHICAGO, DeKALB (Sun-Times Media Wire) - A person visiting the Chicago area last week for commencement at Northern Illinois University has been diagnosed with measles and might have exposed people in the city and DeKalb to the virus, health officials said.

The visitor, who is from out of the country, is no longer contagious, but was in several public places before being treated, according to the Illinois Department of Public Health.

Most of the potential exposures happened at NIU’s DeKalb campus, including:

People who are vaccinated against measles have a low risk of contracting the disease, which causes a fever of 101 degrees or more, coughing, a runny nose and rashes.The respiratory infection is transmitted by coughs and sneezes and can remain in the air or on surfaces for up to two hours, health officials said.

Infected people are contagious from four days before their rash starts through four days after, officials said. Anyone who might have been exposed is urged to go to their doctor or an emergency room immediately.

It’s thought to be the first outbreak of measles in Illinois since February 2015, when 15 people contracted the virus mostly in northwest suburban Palatine.