The 60-meter toddler race was held by USA Track & Field in light of the Tokyo Olympics.

TOKYO - Swimming is nothing if not orderly.

Get ready for a little chaos.

Here comes the 4x100-meter mixed medley relay making its Olympic debut in Tokyo on Saturday: Two men and two women per country doing backstroke, breaststroke, butterfly and freestyle. The teams get to decide who swims each stroke, so a woman from one team and a man from the other could be doing the butterfly, say, at the same time.

"I was probably a bit skeptical when it first came on the program, but I’m so thrilled that it’s now an Olympic event," Australian sprinter Cate Campbell said. "It keeps you on the edge of your seat until the very last moment."

While there are no restrictions on whether a man or woman swims which stroke, there are some general strategies that teams follow at the highest levels for the mixed relay. 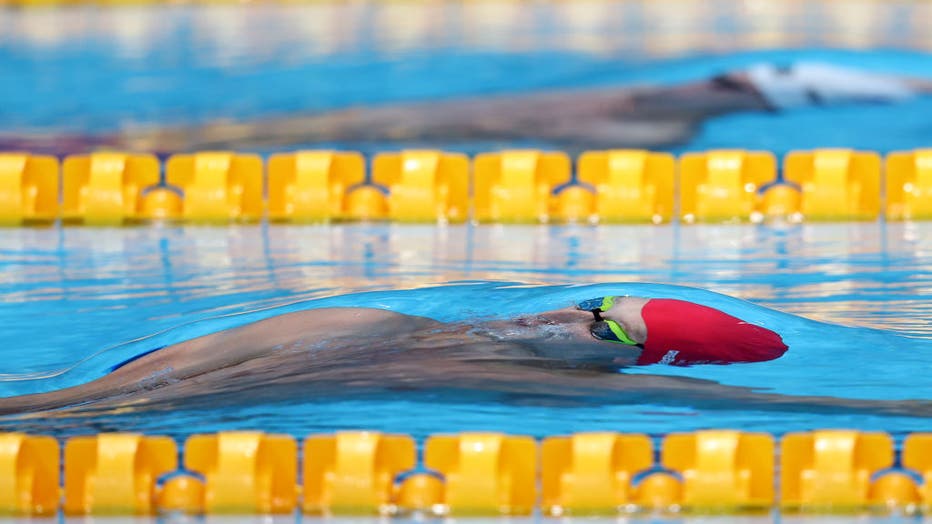 Most teams put a woman on the final freestyle leg because the time difference between women and men is generally less on that stroke than the other three. All 16 teams anchored with a female in the Olympic preliminaries.

Likewise, a man generally swims the breaststroke, where there’s a larger gap between the fastest men’s and women’s times — roughly 7 1/2 seconds for the gold medalists in Tokyo. All but one team in the preliminaries went with a male on the third leg.

"Different nations have different strengths on different legs and that brings in so many different strategies," Britain’s Duncan Scott said. "You can be so far behind and claw it back."

Led by a blistering breaststroke leg from Adam Peaty, Britain topped the qualifying with an Olympic-record time. The United States advanced in second, followed by China and Australia for Saturday's final.

Coaches are looking for the fastest combination of swimmers in the four strokes. Swimmers negotiate extremely choppy water throughout the eight-lap race. A team that leads off with two men can build a big lead if others go with a different lineup. Things get so hectic, it's often hard to tell who's ahead.

"You might be leading by a lot at 100, but then someone else might take over," Peaty said, "and that’s just the fun of it."

In a sport known for its traditionalism, adding a mixed event to the Olympics initially had its critics. But Peaty views it as a chance to modernize and raise swimming's entertainment value.