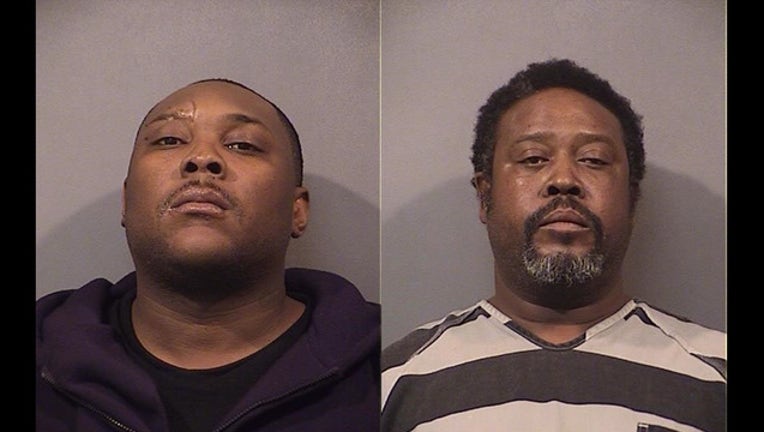 GARY, Ind. (STMW) - Two men have been charged with a violent robbery last month in northwest Indiana, and one of them remains at-large, according to police.

On Sept. 3, a Gary resident was robbed of $1,200 and struck several times in the head with a cane in the 4900 block of West 24th Avenue, police said. He was taken to Methodist Hospital Northlake Campus where he received up to 50 stitches and staples in his head. The victim also suffered a concussion and fractured orbital bone from the assault, according to police.

Faison, of the 5200 block of 7th Avenue in Gary, is in custody at the Lake County Jail, while McClendon remains at large, police said. Anyone with information on the Griffith resident’s whereabouts should call Gary police at (219) 881-1210.