Aidan Nesvisky, former neighbor of social media model Courtney Clenney, says fights between Clenney and her boyfriend Christian Obumseli were frequent in the two years they lived above him in South Austin, and a painting was even thrown down onto his balcony. Clenney is charged with second-degree murder in Obumseli's death.

AUSTIN, Texas - Shattered glass, shouting, and violent disputes is how one man described living below Courtney Clenney and her boyfriend Christian Obumseli in South Austin.

The couple lived in a penthouse apartment at the Berkshire Riverview until earlier this year. Aidan Nesvisky lived below them and says fights got so bad they quite literally spilled over into his apartment, such as when a tiger painting was thrown onto his tenth-floor balcony during a violent dispute.

"Behind closed doors, we just started hearing some shouting, yelling. We don't know who was starting, why we didn't get a lot of context," Nesvisky said. "Occasionally we would hear some glasses break and some banging on the walls. Floors, not sure you know who was doing it."

"I just want people to know that it had been going on for a long time, and it definitely could have been stopped," Nesvisky added. 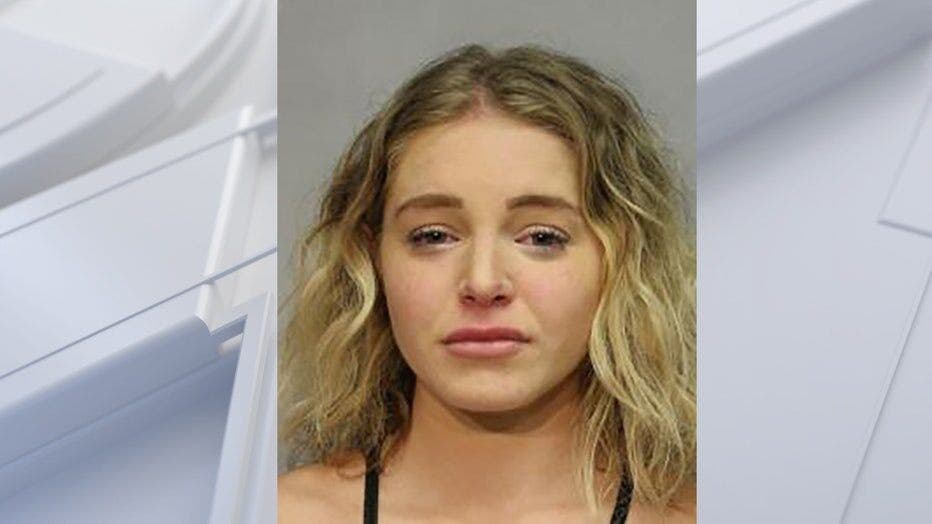 Nesvisky says police were called on the couple multiple times when they lived in South Austin, but when they moved to Florida earlier this year, Miami state attorney Katherine Fernandez Rundle says the violence continued, getting so bad their building was prepared to evict them.

"The violent and toxic two-year relationship of Christian and Courtney clearly did not have to end in tragedy with Christian's murder as a victim of domestic violence," she said in a press conference.

That's why Nesvisky, whose former roommate now keeps the tiger painting in a storage locker, says he's talking about the tumultuous two years he spent living alongside, even attending a music festival with a couple he says otherwise, seemed friendly and normal.

"It is domestic violence. I mean, if you hear something, see something, say something. You never know what's going on behind closed doors. It's a really sad situation and I think ultimately it could have been avoided," he said.

In a statement, Clenney's attorney called this a case of self-defense, writing "We are confident she will be exonerated and Courtney will be seen for what she is: a victim of domestic abuse that survived her abuser."

FOX 7 Austin has also reached out to Obumseli's attorney, but has not heard back.

Prosecutors in South Florida announced the second-degree murder charge against Clenney on August 11 in connection with the fatal stabbing of her live-in boyfriend Obumseli. Miami-Dade State Attorney Fernandez Rundle announced the charge against the 26-year-old Instagram and OnlyFans model during a news conference.

Clenney was arrested in Hawaii. She appeared in court and waived her right to an extradition hearing and agreed to return to Florida.

Fernandez Rundle characterized Christian Obumseli's April 3 death at the couple's Miami apartment as the culmination of a "tempestuous and combative relationship" that began in November 2020. The county medical examiner said in an autopsy report that Obumseli, who worked in cryptocurrency, died from a forceful downward thrust from a blade that went three inches (7.6 centimeters) into his chest, piercing a major artery.

According to an arrest report, Clenney acknowledged killing Obumseli but said she acted in self-defense. She said Obumseli had pushed her and thrown her to the floor, which prompted her to grab a knife and throw it at Obumseli from about 10 feet (3 meters) away. The medical examiner said Obumseli's wound could not have been caused by a knife thrown from that distance.

Clenney's Miami defense lawyer, Frank Prieto, told the Associated Press that the medical examiner's opinions won't stand up to scientific scrutiny when they argue self-defense at trial. He acknowledged that Clenney and Obumseli had a tumultuous relationship but said Obumseli was the primary aggressor.

"Obumseli was the abuser, the worst kind of abuser," Prieto said in a statement. "He would manipulate and abuse Courtney in private when he thought nobody was around."