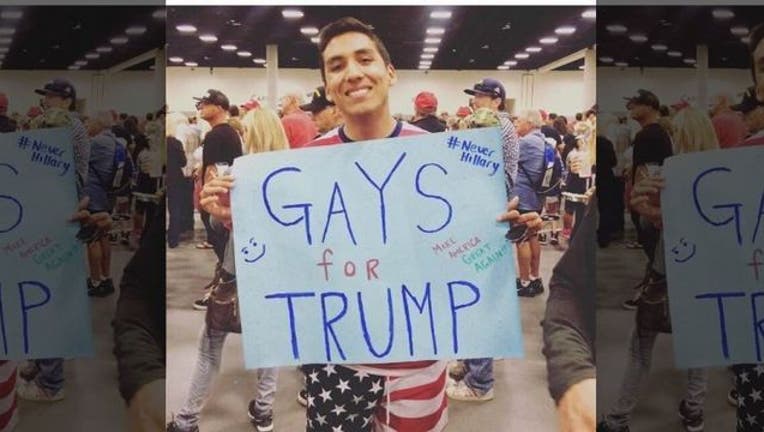 FOX NEWS - The Orlando terror massacre has members of the LGBT community around the nation coming out – for Donald Trump and the Second Amendment. Some among the reliable Democratic constituency were not persuaded by President Obama’s post-attack call for new gun control measures and renewed warning against painting Islam in a negative light. Trump’s counter message that Americans – including those in the LGBT community - must protect themselves against the hatred of radical Muslims struck a chord with Stephen Zieman.

“I knew I had to fully support Trump because he called out the threat for what it was -- radical Islamic terrorism,” the 23-year-old from Schaumburg, Ill., told FoxNews.com. “He stood up for the LGBT community and called himself a friend. It's something we all needed and he was there — Hillary was not. She was making excuses for the religion and calling for gun control, which is not what I needed to hear.”

Zieman was not the only LGBT person impressed by Trump’s response to the tragedy and his intensified calls for the country to be tougher on extremism.

In Orlando, political activist and Trump supporter Randy Ross said he has been deluged with private messages on Facebook and his cell phone showing support for Trump. “In the last three days, I would say there were no less than 50 requests to be added to our volunteer listing, but moreover, it’s been a gradual progression over the last few months,” he said, noting the influx was mostly gay men.