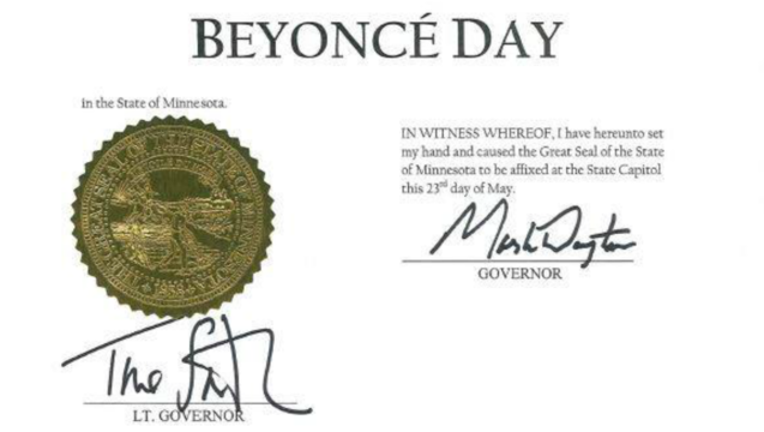 "Beyoncé has influenced many Minnesota girls and women with the powerful, positive messages in her music, and her impact and success have been widely-recognized," Dayton's office said of the honorary day, which coincided with Beyoncé's concert at Minneapolis' TCF Bank Stadium.

Many Minnesotans, however, were none too pleased about “Beyoncé Day”...

When Fox 9 posted the story to their Facebook page, social media users loudly voiced their thoughts on the matter, complaining about everything from Beyoncé's alleged anti-law enforcement messaging to a lack of respect being shown to Minnesota native Prince.