How car recalls get reported

DETROIT - U.S. auto safety regulators are investigating complaints that the automatic emergency braking systems on more than 1.7 million newer Hondas can stop the vehicles for no reason.

The National Highway Traffic Safety Administration says it has 278 complaints that the problem can happen in 2017 through 2019 CR-V SUVs and 2018 and 2019 Accord sedans. The agency announced the probe in documents posted Thursday on its website.

In some cases, the owners complained of unexpected speed reductions that could cause increased vulnerability to rear collsions. Agency documents say the inadvertent braking can occur without warning and randomly.

The agency says it's opening the probe to determine how many vehicles are affected and how bad the problem is. The investigation could lead to a recall.

A message was left early Thursday seeking comment from Honda. 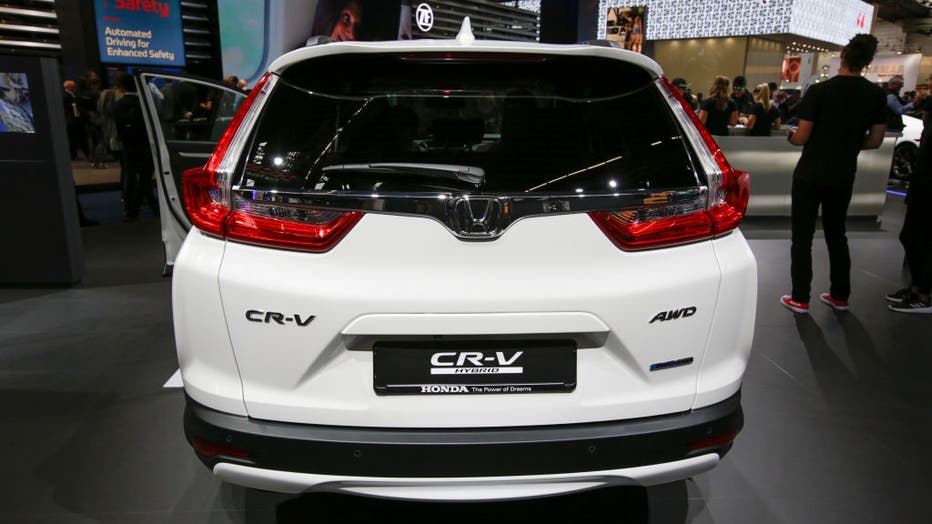 Among those complaining was a Honda owner in Fredericksburg, Virginia, who told the agency that a 2018 CR-V came to a complete stop in November 2019. "While driving on an interstate with no vehicles or obstacles stopped in front of me, my car automatically braked hard," the owner wrote. "It came to a complete stop on the interstate, which resulted in me getting rear-ended."

The owner, who was not identified in the complaint, reported that two people were hurt.

The Honda probe is the second investigation of automated braking systems opened by NHTSA in the past week. On Feb. 17, the agency began investigating reports of similar malfunctions on about 416,000 Teslas after it received 354 complaints that the vehicles could stop for no reason.

The vehicles are equipped with partially automated driver-assist features such as adaptive cruise control and "Autopilot," which allows them to automatically brake and steer within their lanes.

No crashes or injuries were reported.

Automatic emergency braking systems have great life-saving potential. They can stop crashes or slow vehicles if drivers are impaired or are not paying attention when something is in the way. But they also can react to shadows, overpasses or other things that appear to be obstructions.

The systems are becoming more widespread. In 2016, 20 automakers covering most of the industry agreed to voluntarily make automatic emergency braking standard on nearly all of their new vehicles by Sept. 1, 2022.

The systems help prevent crashes or reduce their severity by applying the brakes for a driver. The systems use cameras, radar and other sensors to see when a crash is imminent. They warn drivers to brake, and they brake vehicles automatically if the driver doesn’t act quickly enough.

Consumer Reports found last December that more than 12 major automakers have equipped nearly all of their 2021 model year vehicles with the technology.

RELATED: Hyundai, Kia recall: Owners of 485K vehicles told to park outside due to fire risk

NHTSA also has started the regulatory process of requiring the systems for both heavy trucks and passenger vehicles.

The move to require the electronic systems and investigations come as the government tries to stem a trend of increasing highway deaths. For the first nine months of 2021, an estimated 31,720 people were killed on the nation’s highways, keeping up a record pace of increased dangerous driving during the coronavirus pandemic.