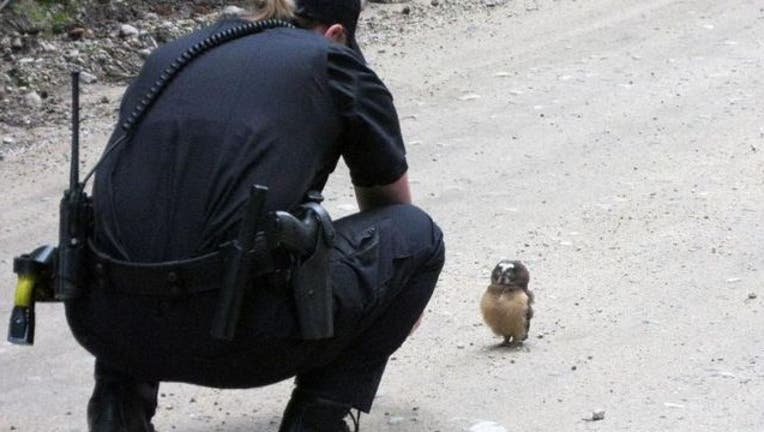 Deputy Sophie Berman crouches over a small owl, making a brief video before the bird flew away, near Rainbow Lakes, outside Nederland, Colo. (Dan Walter/Boulder County Sheriff's Office via AP) (The Associated Press)

BOULDER, Colo. –  A Boulder County sheriff's deputy got into a face-off with an owl with an attitude, and the owl won.

Deputy Sophie Berman came across the raptor on a dirt road on Tuesday as Berman patrolled an area near a campground west of Boulder.

Berman crouched down to take video of the owl and spoke to the owl, which answered Berman's words with clicks.

The owl stared wide-eyed at the deputy for a few minutes before turning around and flying away.