Owner of drive-in movie theater hoping to open May 1, offer a return to normalcy

The owner of a drive-in movie theater in McHenry, Illinois, is hoping that he can open on May and offer guests a return to normalcy.

McHenry, Illinois - The owner of a McHenry drive-in movie theatre that’s been a staple in town since the 1950s thinks a return to some sense of normalcy might be just what people need.

“As long as it can be done safely and responsibly, which I’m convinced that it can be done, I don’t see why a drive-in theatre can’t be opened during this time,” said Scott Dehn, president and owner of Golden Age Cinemas in McHenry.

Dehn was told Golden Age Cinemas isn’t an essential business and can’t open May 1 as he’d like, but what the director of the state’s public health department said at Saturday's briefing gave him renewed hope. 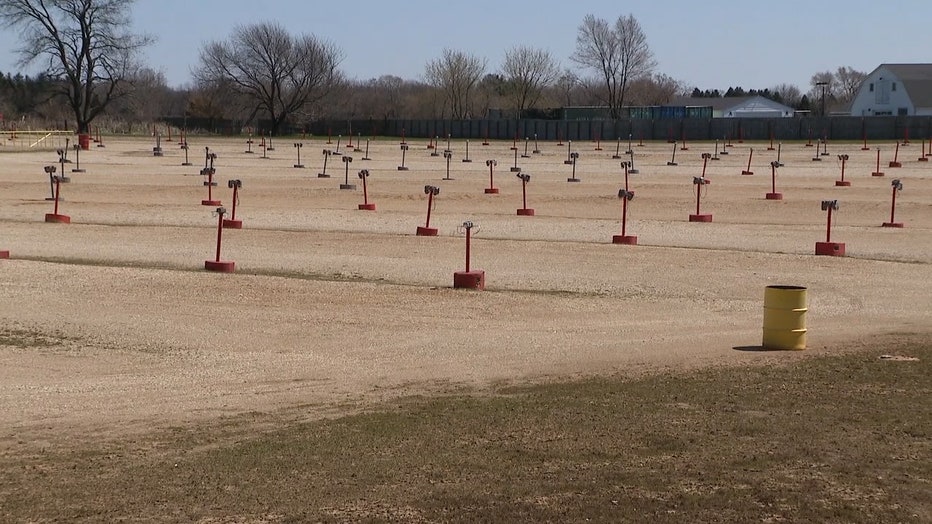 “We’re not actually done thinking about that, because potentially there is a way to do this, you know, maybe with no concession stands, nobody coming up to the window, so really still trying to think about that,” said Dr. Ngozi Ezike, Illinois Department of Public Health Director.

“If it was required that no food could be sold, that’s ok too," Dehn said. "I think most people at this point just want to get out and I’m in the same boat. I mean I think if there were puppet shows, you know, shadow puppets on the screen, I might even pay to see that at this point. So, it’s just trying to bring a little bit of normalcy back while still being safe and responsible."

Anxiety and depression are high, especially now that we have another five weeks to go of the state’s Stay-at-Home order. Governor JB Pritzker at Saturday's daily briefing took a look at mental health needs of people across the state and reminded all that Illinois has people who can help.

Dr. Angela Sedeno of the Kedzie Center is on the front lines, helping us through a rough patch.

“For many, the pandemic has revealed vulnerabilities. All these feelings are understandable in these traumatic circumstances, but you are not alone,” said Dr. Sedeno.

The governor reminded folks of Illinois’ emotional support hotline dubbed, “Call for Calm.” If you need help, simply text the word “talk” to 55-2020.

“Once you send a text to the hotline, within 24 hours, you’ll receive a call from a counselor from a community mental health center who can help,” said Pritzker.

He noted that thousands of people are being helped by a new hobby: volunteering. Eleven thousand have signed up for the state’s “Illinois Helps” program.

Pritzker also said that restrictions on boating will be lifted May 1. There is a limit: just two people in a boat at a time, no exceptions.