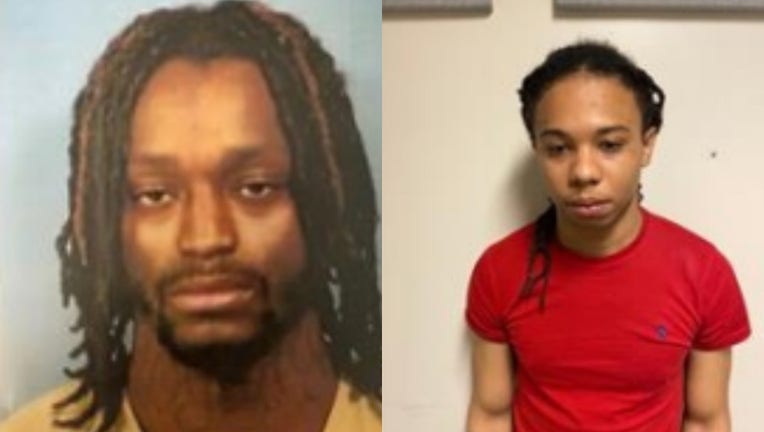 ADDISON - Two men have been charged in connection to a March armed robbery of gas station and a May carjacking in west suburban Addison.

James Kimbrough of Dolton and Malik Pierre-Louis of Addison each face a count of aggravated vehicular carjacking and armed robbery, the DuPage County state’s attorney’s office said in a statement.

On March 29, the pair allegedly entered a Marathon gas station about 2:45 a.m. and stole money and cigars, prosecutors said. Pierre-Louis, 23, allegedly fired a gunshot through the protective glass of the clerk’s booth.

On May 11, Kimbrough, 22, allegedly carjacked a man at gunpoint in the 1200 Meyer Drive, prosecutors said. He allegedly asked to use the man’s cellphone, and was told he could make a call using a car’s bluetooth connection.

Once inside the man’s car, Kimbrough allegedly took out a gun and drove off with Pierre-Louis, prosecutors said. Police disabled the car remotely with OnStar and arrested Kimbrough after a brief foot pursuit. Pierre-Louis was arrested the next day at an Addison hotel.

“Mistakenly, Mr. Kimbrough and Mr. Pierre-Louis allegedly thought they could take advantage of the current health crisis to terrorize Addison,” State’s Attorney Robert Berlin said in the statement. “They could not have been further from the truth.”

Kimbrough was ordered held without bail, and is due in court again June 11, prosecutors said. Pierre-Louis appeared at a hearing Thursday were he was also denied bail. His next court appearance was scheduled for June 18.