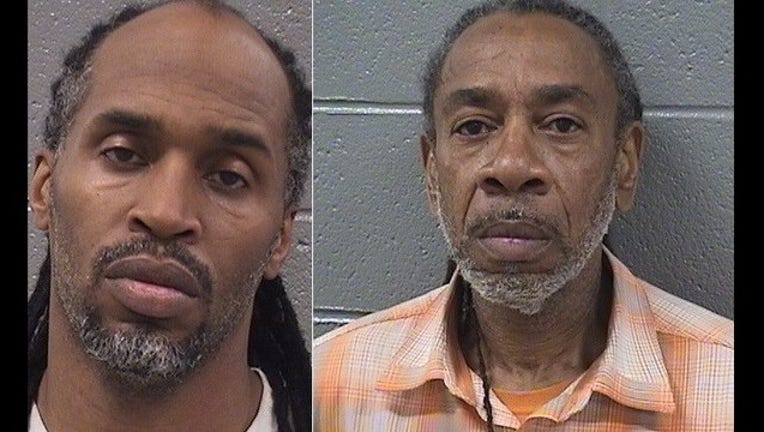 Two men suspected of running a scam in which they took over and rented out abandoned properties are behind bars Wednesday after prosecutors lobbied a judge to raise their bonds, the Sun-Times is reporting.

Chicagoans Torrez Moore and David Farr were released on their own recognizance, with home monitoring, July 1 after allegedly living in and renting out over two dozen foreclosed homes in a scheme Cook County State’s Attorney Anita Alvarez described as “disturbing” and “bold and brazen.”

But in court Wednesday, Judge Peggy Chiampas raised bond to $1 million for Farr. Prosecutors asked for the increase, claiming he violated the conditions of his electronic monitoring and showed up at the Cook County Recorder of Deeds office. Moore’s bond was raised to $500,000.

Both remained in the Cook County Jail as of late Wednesday afternoon.

Moore and Farr, who identify as “anti-government sovereign citizens,” took advantage of the mortgage crisis and filed bogus documents with the Recorder of Deeds to pose as landlords, Alvarez said earlier this month. She detailed the scam with other law enforcement officials involved in the investigation, the Sun-Times reported at the time.

Self-styled “sovereign citizens” claim federal and state laws do not apply to them.

Moore and Farr lived in two of the 14 dilapidated properties in question and changed locks so real estate agents couldn’t get in, Assistant State’s Attorney Wayne Jakalski said at their initial bond hearing.

They also allegedly posted “No Trespassing” signs in front of the homes, where families lived—many knowing their occupancy was unlawful.

Eight to nine “squatters” were living in one of the single-family homes, Jakalski said. Most of the families paid $500 a month in rent, and Moore was tutoring the others in the scheme, Alvarez said.

All fourteen properties have since been boarded and secured, Alvarez said.