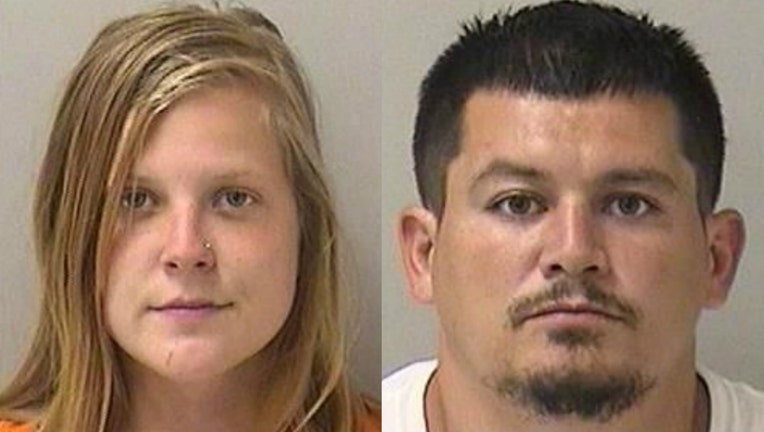 ELGIN - A man and a woman are facing charges after allegedly beating multiple people earlier this month during a crime spree in west suburban Elgin.

Riese Arcos, 28, and 20-year-old Darya Emelyanova are each charged with felony counts of robbery, aggravated battery and mob action, the Kane County state’s attorney’s office said in a statement. Arcos is also charged with a misdemeanor count of unlawful use of a weapon.

The charges stem from multiple attacks on June 16, the earliest of which happened at 12:30 a.m. on an elevator in the parking deck in the 200 block of East Chicago Street, prosecutors said.

Arcos and Emelyanova allegedly punched a person who was riding the elevator, smashed a beer can into their face, spit on them, stomped on their stomach and took money that fell out of the person’s pocket during the attack, prosecutors said.

About an hour later, Emelyanova approached another person at Grove Street and Grove Avenue and punched and kicked them in the face, prosecutors said. After the attack was reported to police, Emelyanova was taken into custody, charged with misdemeanor battery and released from custody on a promise to appear in court.

At 2;30 p.m., Arcos punched another person in the park multiple times on the left side of their head, prosecutors said.

Emelyanova and Arcos were released from custody after posting bond, the state’s attorney’s office said. Arcos is due back in court Aug. 19, while Emelyanova’s next court date was set for Oct. 7.