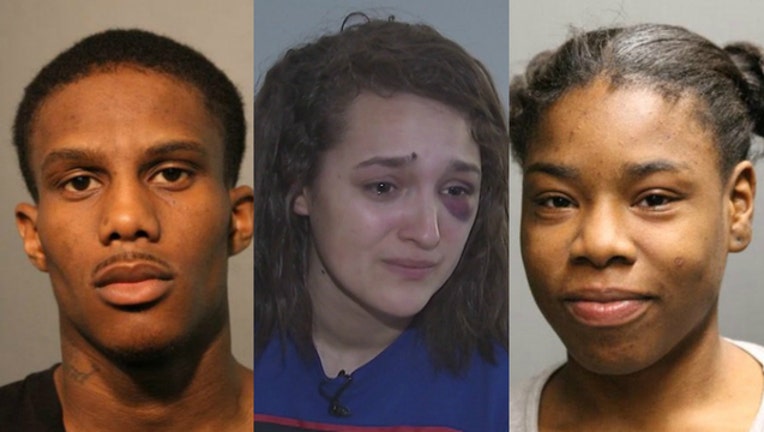 CHICAGO (Sun-Times Media Wire) - A man and woman have been charged with beating a woman and stealing her cellphone on a CTA Blue Line train last month on the West Side.

Dwayne Mills, 25; and Chitonia Shorter, 18, both face one felony count of robbery for the April 28 hold-up, according to Chicago Police.

About 10:15 a.m., a 19-year-old woman was sitting on a Blue Line train in the 3200 block of West Congress when Mills and Shorter walked up to her, police said.

Mills struck her in the face and bit her hand while stealing the woman’s cellphone, police said. She was taken to Mount Sinai Hospital for treatment.

Mills, of the 4900 block of West Congress Parkway, is scheduled for a bond hearing Friday.

Shorter, who lives in the 2200 block of of West 54th Place, was arrested May 19 and has been ordered held at the Cook County Jail on a $50,000 bond, according to the sheriff’s office. She is next scheduled to appear in court June 14.