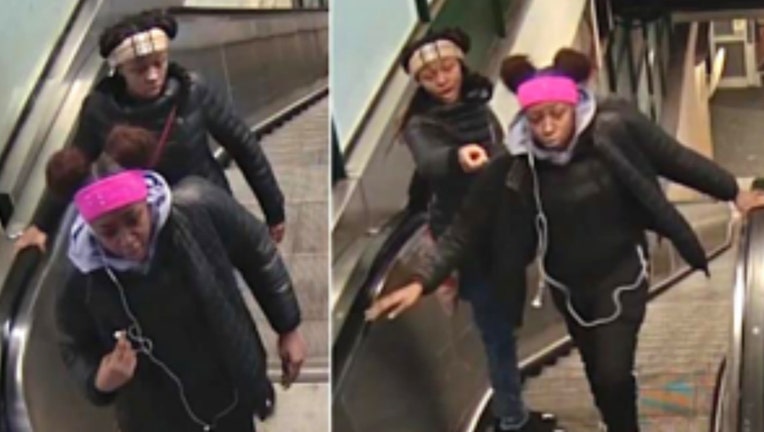 Police say these suspects robbed a man Jan. 18, 2020 on a CTA bus in the South Loop. | Chicago police

CHICAGO - Police say two female suspects spat on a 60-year-old man before pepper spraying him and stealing his backpack last month on a public bus in the South Loop.

Police released photos of the suspects, and asked anyone with information about the incident to call Area Central detectives at 312-747-8380.