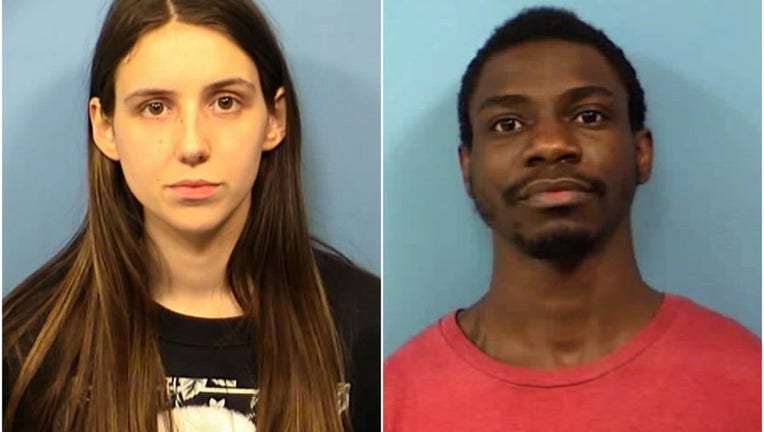 HOFFMAN ESTATES, Ill. - A pair of Hoffman Estates residents allegedly starved two dogs to death — one of which had rat poison in its system — and abandoned their bodies, prosecutors say.

A third dog was found at their home in a rusted dog crate filled with animal feces, blood and urine, DuPage prosecutors said in a statement. The dog weighed 20 pounds, could not walk and had massive sores that almost exposed the dog’s skeleton.

, 19, and Andre Norris, 27, each face four felony counts of aggravated cruelty to animals and two misdemeanor counts of unlawful disposal of an animal, prosecutors said.

On March 2, Naperville police officers and animal control found the body of a German Shepard wrapped in a bed sheet in a storage container, located in a wooded area near a drainage ditch, prosecutors said.

The dog, named Otis, should have weighted 70 pounds, but weighed only 20 pounds, prosecutors said.

An investigation led authorities to Gorski and Norris, the alleged owners of Otis and two other dogs, Scooby and Bubba, prosecutors said.

Police served a search warrant March 12 of the pair’s home and found Scooby, a German Shepherd/hound mix, in the dog crate, prosecutors said.

Bubba, a Corgi, died a month earlier and was allegedly dumped by Gorski and Norris, prosecutors said. Bubba was found later in a field wrapped in a sheet.

“To say the charges against Sarah Gorski and Andre Norris are disturbing would be a gross understatement,” State’s Attorney Robert Berlin said in the statement. “Otis and Bubba both died a horrible, painful death, allegedly because these two defendants starved them to death … Thankfully, the manner in which Gorski and Norris allegedly treated their pets was discovered and Scooby appears to be on the mend.”

Gorski and Norris turned themselves in to authorities Monday. They are also charged with forgery for allegedly forging paystubs from Norris’ former employer, a pet store.

They are due back in court June 1.