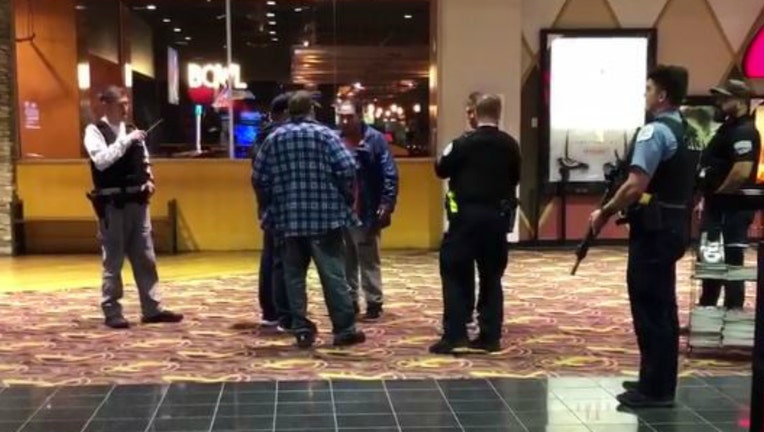 CHICAGO - Panic spread through the audience of a screening of "Joker" on Sunday in Chicago and two people were taken away in handcuffs.

A witness at the AMC River East in Streeterville told Fox 32 News that the incident happened about an hour and a half into the movie, during the most intense part. Two men who had stood and talked out loud through most of the movie started smoking and even blowing smoke in people's faces.

Police are on high alert over screenings of the movie across the country. In 2012, 12 people were shot dead during a screening of "The Dark Knight Rises" at a theater in Colorado, and authorities are concerned that could inspire a copycat killer.

Chicago Police have had an increased presence at theaters this weekend, and posted online that they encouraged movie fans to see the film, promising to protect them.

In Times Square in New York on Saturday night, people left a screening of "Joker" when a man apparently began applauding the murders.