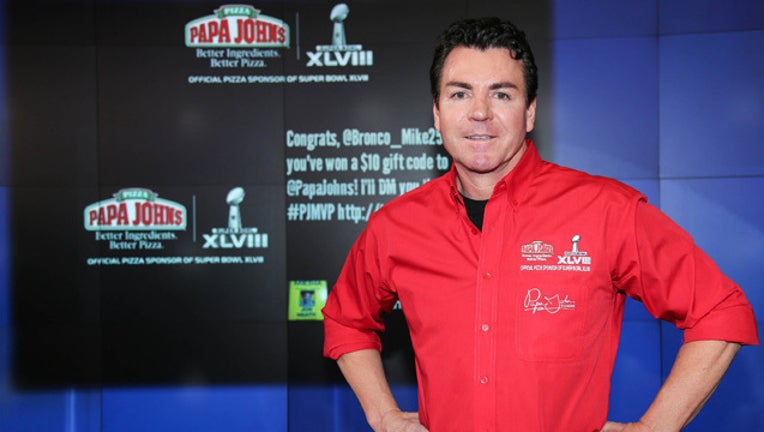 NEW YORK (AP) - Papa John's founder John Schnatter is apologizing after reportedly using a racial slur during a conference call in May.

Forbes said Schnatter used the N-word during a media training exercise. When asked how he would distance himself from racist groups, Schnatter reportedly complained that Colonel Sanders never faced a backlash for using the word.

In a statement from Papa John's, Schnatter said reports attributing use of "inappropriate and hurtful" language to him were true. He said, "Regardless of the context, I apologize."

Schnatter stepped down as CEO last year after blaming slowing sales growth on the outcry surrounding football players kneeling during the national anthem. He remains chairman.