A family in Redford said someone was caught peeping into the room of their young child - and even came back with a stepstool to apparently get a better look.

REDFORD, Mich. (FOX 2) - A Redford parent caught unsettling video that will cause any parent to have trouble drifting off to sleep at night - someone peeping into the window of their young child's bedroom and even returned with a step-ladder to apparently get a better look.

Police are unsure if the person peering into the window, in this case, is a peeping Tom or not - but only because they can't tell if it's a man or a woman. Either way, someone was peeping into the Redford home and the window is the bedroom of a young child.

The family sent the video to FOX 2 but we're not identifying them or their location because they're understandably worried the person could come back.

"It’s an Indescribable pit in your stomach to see someone doing that and we just feel that it’s important for everyone in our community to look out and be careful and protect their own families as well," the parent said. "I’m concerned that it might be somebody that lives near or in the community."

The family lives near Beech Daily and 5 Mile and heard their dog barking late in the evening of July 24. When police visited the next day, there were some disturbing details. Someone had been in their driveway and peeping into their child's bedroom.

"It wasn’t until the next day when we reviewed the footage that we realized that he had been there at least three times," she said.

The video showed the person walking up to the window, peering inside, and then leaving. Only to come back with a ladder or step stool to look twice more.

The family believes they were targeted.

"He came through the neighbor's backyard and directly to that window multiple times," they said.

The family has heard of other incidents police are still working on the case. They said there is at least one other peeping situation that happened a mile away. However, the two suspect descriptions don't match. 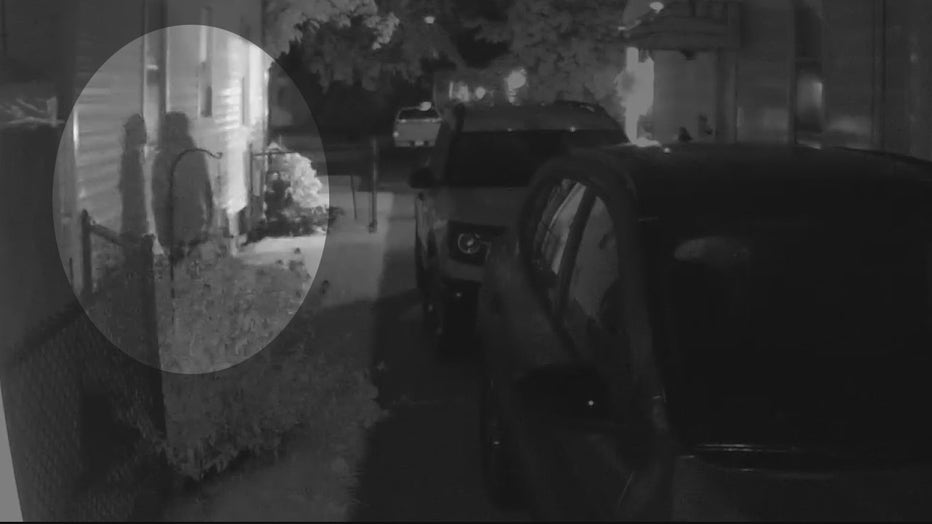 A peeper was caught on video looking into the bedroom of a young child in Redford earlier this week. The child's family said the peeper looked once and then came back with a stepstool