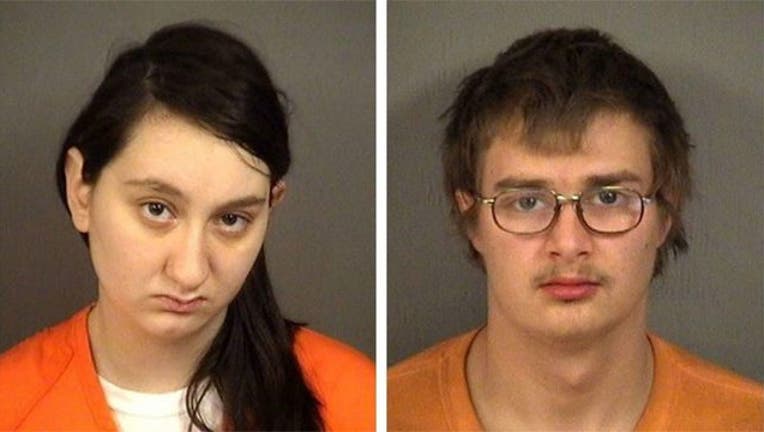 Wisconsin parents were arrested over the death of their newborn son, who allegedly died after being found wrapped in a plastic bag in the trunk of the father's car, officials said. (Photos: Wood County Jail)

FOX NEWS - Wisconsin parents were arrested after their newborn baby boy was found wrapped in a plastic bag in the back of his father's car and later died from his injuries, Wood County deputies said in a press release posted online Wednesday.

Twenty-two-year-old Marylinn Feher and 19-year-old Allen Rice were arrested on suspicion of child neglect for the death of their newborn son, who died Saturday after he was found “wrapped inside a tied plastic garbage bag” in the back of the car, WAOW reported.

Wood County sheriffs were called to Marshfield Medical Center Saturday morning after staff reported a possible missing newborn, according to the press release. Officers found the infant wrapped in a bath towel inside a tied plastic bag in the trunk of a vehicle belonging to the child’s father abandoned in the hospital’s parking lot, WLUK reported.

Police estimate the infant was left in those conditions for approximately three hours. The child was rushed to the medical center’s emergency unit where he was reportedly revived temporarily but later died.

An investigation revealed Feher gave birth to the baby boy earlier that day at a private home in the town of Milladore. It remains unclear how hospital staff knew about the missing newborn. The child was not brought to the medical center earlier to be treated for injuries before he was found by police.