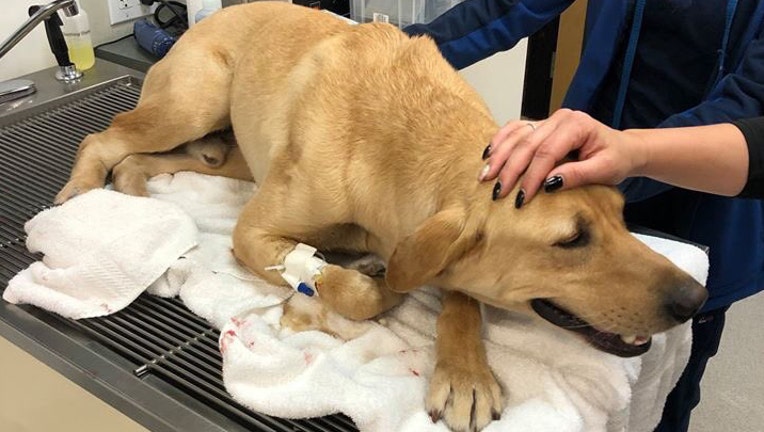 TAMPA, Fla. - A Pasco County Sheriff’s Office K-9 is recovering from a water moccasin bite. K-9 'Phi' was assisting the FBI with the continued search for baby Andrew Caballeiro, who has been missing since Jan. 28, when he was bitten by the venomous snake in the Everglades.

Cablleiro was just a week old when he was last seen at the scene of a triple murder in South Florida. Andrew's mother, grandmother, and great-grandmother were all found dead and deputies found his father dead by suicide in a rural area of Pasco County.

According to the Pasco County Sheriff’s Office, anti-venin was administered to Phi and he is currently being monitored. Deputies said his prognosis for recovery is good.

This story was reported from Tampa, Fla.