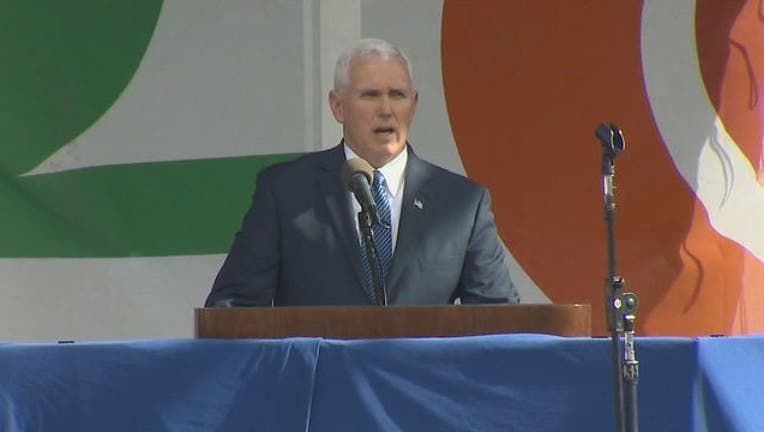 Vice President Mike Pence speaks at The March For Life in Washington, D.C.

Speaking on "Fox News Sunday," Pence says the Trump administration is "very confident" she will take up her Cabinet post soon.

Last week, two Republican senators, Susan Collins of Maine and Lisa Murkowski of Alaska, said they would vote against DeVos' nomination, citing concerns from parents and teachers. Their opposition set up a 50-50 tie in the Senate if all Democrats vote against her and no other Republicans dissent. Pence would be the tie-breaker.

DeVos has faced fierce criticism from labor unions for her promotion of school choice. Democrats and teachers' organizations also accuse her of seeking to dismantle public education.

The Senate vote is Tuesday.