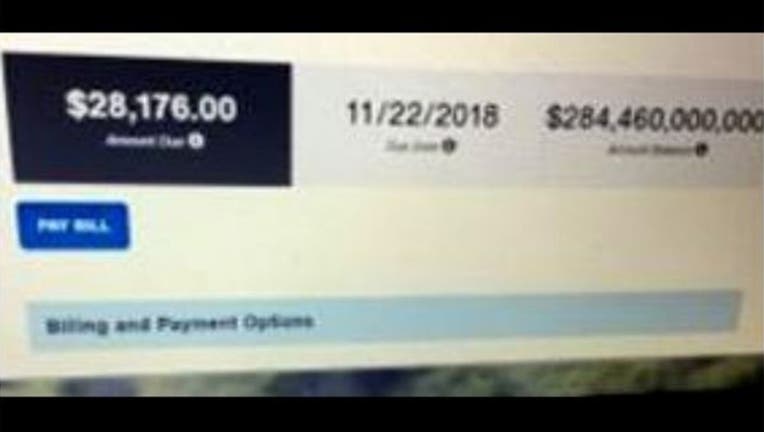 An error left Mary Horomanski, of Erire, Pa., with a $284 billion electric bill.

(FoxNews.com) - A Pennsylvania utility customer got the shock of her life after checking on her monthly electric bill and seeing that she owed $284 billion.

“My eyes just about popped out of my head,” Erie homeowner Mary Horomanski, 58, told the Erie Times-News. “We had put up Christmas lights and I wondered if we had put them up wrong.”

Horomanski checked her account statement online earlier this month and saw that she was being zapped for $284,460,000,000 by Penelec, her electric provider.

She was told she had until November 2018 to pay the entire amount. Her first payment for December was only $28,156.

After a call from Horomanki’s son, Penelec fixed the statement to show that the actual balance was $284.46, the paper reported.

“I can’t recall ever seeing a bill for billions of dollars,” Durbin told the paper. “We appreciate the customer’s willingness to reach out to us about the mistake.”

Horomanski told her son she had a better idea for a Christmas gift after she saw the $284 billion bill, according to the paper.

“I told him I want a heart monitor,” she said.