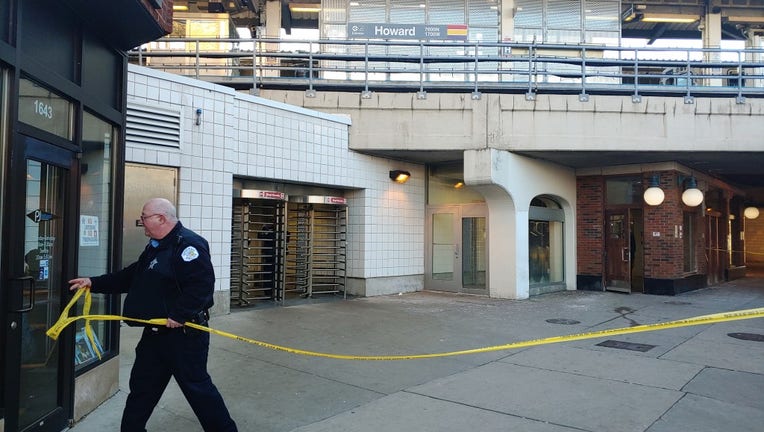 A person was fatally shot Dec. 3, 2019, at the CTA’s Red Line station at Howard. | Emmanuel Camarillo/Sun-Times

CHICAGO - Charges are pending against one person after a 20-year-old man was shot and killed during the lunch hour Tuesday at the Red Line’s Howard station near the border of Chicago and Evanston.

Another person who was taken into custody was released without charges, police said.

Macksantino Webb, of Rogers Park, was standing inside the station about 12:20 p.m. when someone approached him and fired shots, striking him in the neck and chest, Chicago police and the Cook County medical examiner’s office said.

Webb made it up to the train platform, where he was treated by paramedics, authorities said. He was taken in critical condition to St. Francis Hospital in Evanston and pronounced dead, police said.

Police said the suspected shooter ran away north on Paulina.

After the shooting, Purple Line trains ran with delays until 5 p.m., while Yellow and Red Line trains were delayed until about 9 p.m.

Shortly after the shooting, police taped off the entrance to the station and placed markers near shell casings inside.

Workers and commuters in the area sought information about the brazen shooting in broad daylight at a busy Red Line station.

Shari, 27, who didn’t want to give her last name, was working in the P&J Footwear store next door when she and her co-workers heard a loud bang.

“It echoed through the store,” she said. “We were in the back and came out to the front to see what happened.” 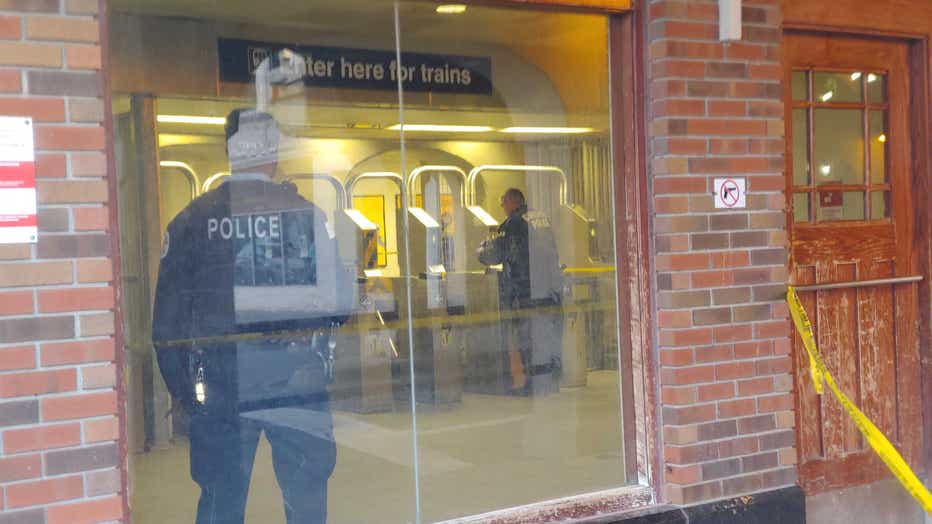 A person was fatally shot Dec. 3, 2019, at the CTA’s Red Line station at Howard. | Emmanuel Camarillo/Sun-Times

She said another person had been shot recently in the area. On Nov. 10, a 47-year-old man was killed in a possible drive-by a few blocks away in the 7600 block of North Ashland Avenue, according to police.

“Stuff like this happens all the time, that’s why no one is surprised,” she said.

Surveillance video from the footwear store shared with the Sun-Times shows at least one person witnessed the shooting from the sidewalk. Moments later, another person wearing black clothing can be seen running out of the station down Paulina.

A gun was also recovered at the scene, police said.

Charges were still pending Thursday morning against the person who remains in custody.