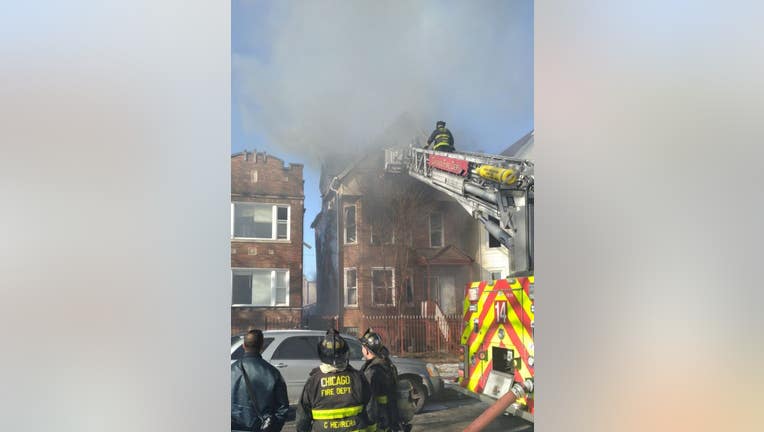 CHICAGO - A man and woman died in a West Side blaze Thursday morning that sent one man jumping from a second-floor window.

A rear portion of home collapsed Jan. 21 while firefighters worked to extinguish flames that engulfed the two-story home in the 500 block of North Lawler Avenue, according to police and fire officials.

Crews later uncovered a man dead on the second floor, he said. He was identified as 59-year-old Warren Pete Cooper.

The other victim was identified as Ladonna Whiteside, 35, the medical examiner’s office said.

The name of the other fatality was not released.

The man who survived the fire jumped from a second-story window and went to Stroger Hospital, Langford said. He was in good condition with a leg injury, police said.

Crews responded about 9:15 a.m. to the blaze and extinguished the fire within 20 minutes, Langford said.

Investigators had not determined a cause yet, but were looking into the fact that gas had been shut off to the building, and that the home may have been using electric heaters, Langford said.

The home had no working smoke detectors.